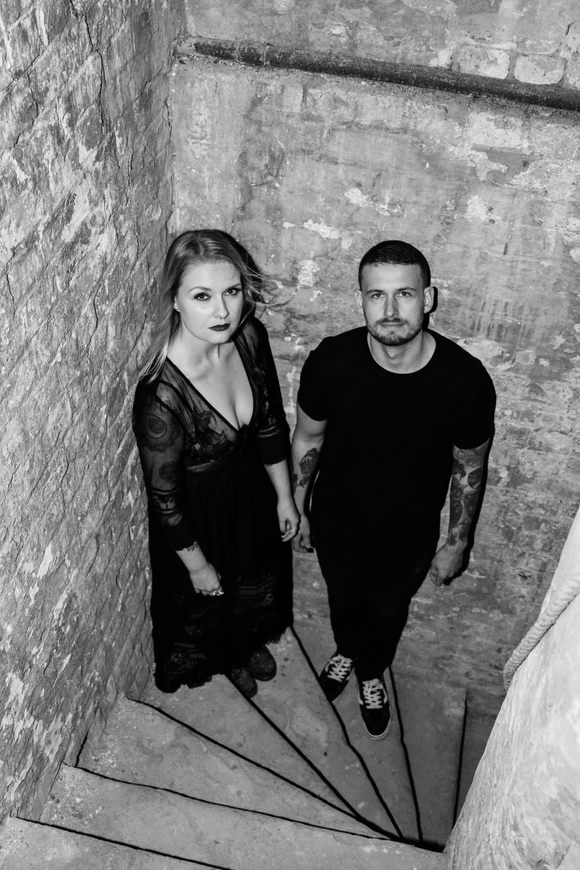 Driven by a want to go against the grain and write music outside of the standard commercialised narrative OVVLS made a pact to exist in their own musical realm.

Having both come from contradicting musical backgrounds the pair set out to challenge genre ideals and fight back against the global trends that have been dictating contemporary music within the last decade.

As played on BBC 6 Music, the perfectly pitched harmonies and soft tones contrast the morbidity that seeps from lyrics depicting the emotional turmoil of being a millennial battling through the age of false idealisms and filtered images. This is further harnessed through hypnotic rhythms and dark soundscapes giving the band a sound that much exceeds sonic expectation from two people.

But OVVLS are more than just music.

Renowned for their unusual collaborations, OVVLS invest much of their time making the music an all round experience. From live visual shows to releasing singles as ‘message in a bottle’ style USBs, the band’s ethos has quickly grabbed attention of press around the globe resulting in shows in the likes of New York and Philadelphia and playing on line-ups including likeminded artists such as Clinic, Let’s Eat Grandma and Warpaint.

"One of Liverpool's most exciting and industrious acts" - BIDO LITO

“Visceral, intelligent slabs of rock music, OVVLS are always looking to do something special.” – CLASH

“Fans of Lorde or the micropop balladry of Låpsley will find plenty to love in OVVLS.” – GETINTOTHIS

"Think of this as the big time number that you always wanted to commence your favorite Bond film." – IMPOSE

“OVVLS are a complete package - a band who's meticulous eye for detail isn't just reflected in their music - but their on stage visuals and single releases.” LIVERPOOL ECHO