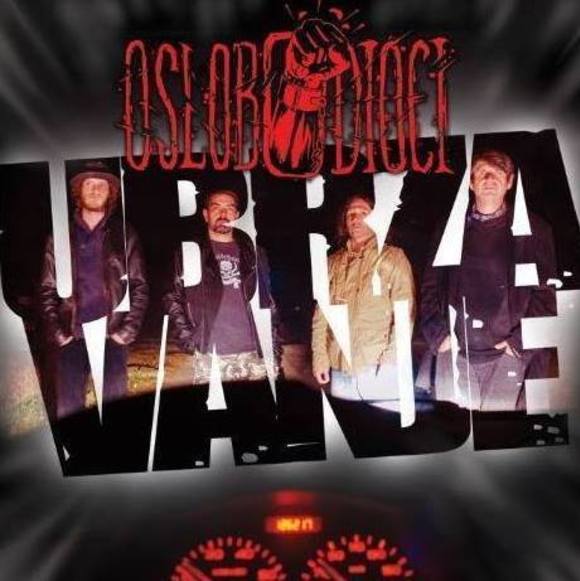 Oslobodioci (Liberators) exist from 1987. when we recorded first demo In Casablanca studio in Belgrade.

There was three songs,Dečko (guy), Zabrinut (Concerned) and Ti si ponosan na vlast (You are proud of power).
After that journalist Dragan Ambrozić puts that songs on compilation Belgrade-Grafiti-Bad-Boy-Rock and song Zabrinut (Concerned)stays on top list for weeks and a couple of weeks in the first place.
We played on many places and festivals in former Yugoslavia like YU rock moment festival,Kulušić in Zagreb,Belgrade,Sarajevo…
Then comes an offer from an independent publishing house “Did Koper” to release an album on tape, which we accept and we think that we may be the first Serbian band with the official independent edition.
After the album “Prva ljubav (First love) we get an offer from Zagreb's independent publisher "Beyoop" to release the album for them, and we are pleased to accept it. And “Legenda o Koketu”(The legend about Koke) comes out in 1989 ... One side is live from our gig in Ljubljana, and the other one is studio.
After that comes the rest of our disography.many concerts and activities.

In 1991 we were supposed to release an album for glitterhouse records from Germany, but the war prevented us from doing so.
During these years we released several more editions and in 1998 the band broke up.

Three years ago, we gathered in a slightly changed composition and started working again. We expect the release of the new album soon and a lot of gigs and socializing.