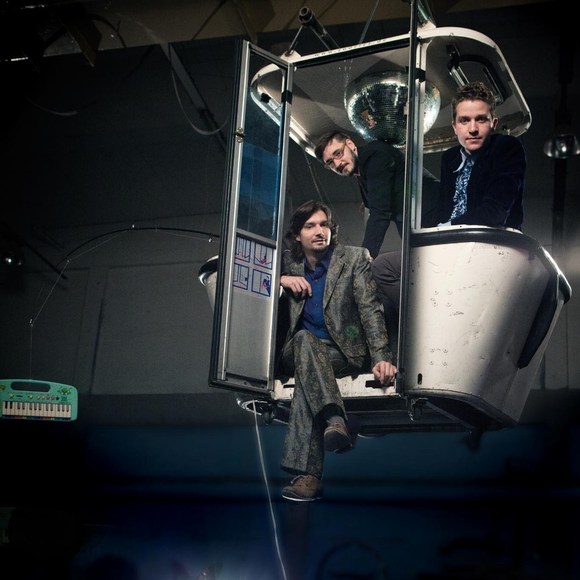 They dug up their instruments in grandma’s garage to treat these sweethearts with a carrot and stick approach: ORGAN EXPLOSION.

The trio changes the sound of the old guys into an explosive-fresh sound – melodies for millions with the power of funk, the dreamworld of jazz, dirty blues and the unpredictability of punk. Impulsive, creative, raw!

Hansi Enzensperger (organ, keys), Ludwig Kloeckner (bass) and Manfred Mildenberger (drums) had met during their studies at the Munich Conservatory. After a long lasting jam session in the summer of 2011 they knew for sure: there is only one way out – they must start a band: ORGAN EXPLOSION.

For two years the trio works on its sound: ideas and tunes are created on paper, at sessions or in real time on stage. Each song gets a clear profile – with its own body language: it works as it does in theatre – sometime with make up, sometimes without, free fall, closely related and sensitive, yet always leaving ample room for improvisation.

The best eight pieces made it to the debut album ORGAN EXPLOSION – recorded in the own studio, played with a maximum of power, mixed and mastered with greatest care and clarity.
For instance: “Dark Heaven”, a ballad which reminds of the Titanic on its maiden voyage where trombones, choirs and orchestral sounds move the audience in a way we know from Richard Strauss’ “Thus Spake Zarathustra”. “Kaese3” – a song in which the organ like a troublesome fly is getting on the nerves of the rhythm section which counters proceedings with a cool groove. Finally “Kung Fu Funk” and its sound of a horde of wild Ninjas in the studio. “Herbie Hancock’s Headhunters” meet “Streetfighters II”.

A modern jazz album in the broadest sense was created – played on old/modern instruments.
An album not just for jazz fans but for blues followers and dance crazy funk- and hip-hop adepts. When on the last track each of the three musicians opens up to solo the listener feels
that ORGAN EXPLOSION is just about to explode.