Nightmares from the Discotheque 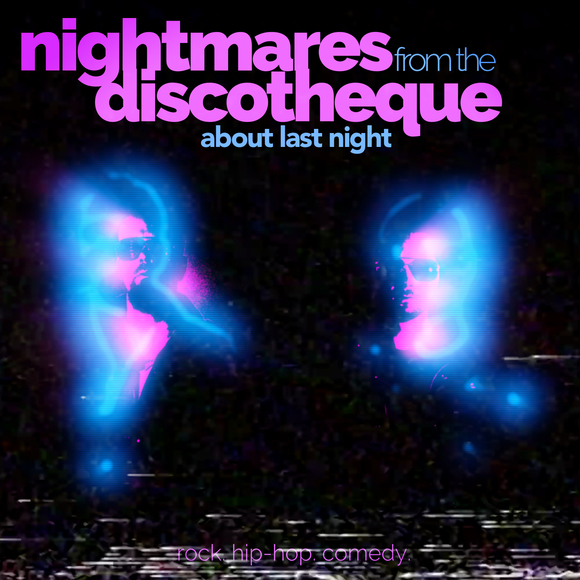 Music comedy duo Nightmares from the Discotheque are excited to bring you their own brand of rock, hip-hop.

The band have already built up a dedicated following, having played shows up and down the country, touring with the likes of The Beards, Electric Six, and The Rubberbandits, as well as appearing at Edinburgh Fringe Festival, Download 2015 and Reading and Leeds 2014. Described as “Ambitious, inventive and crazy funny” (TimeOut Magazine) the live show is a must see for fans of surreal comedy, sci-fi themes, and rocking songs!

Nightmares from the Discotheque unleash a huge amount of energy on stage, but their efforts don’t stop at the live performances. Every aspect of the band is created independently by the duo. The writing, production, visuals and music videos are created solely by them. When they’re not performing with the band the duo are YouTubers, creating high quality content for their thousands of subscribers.