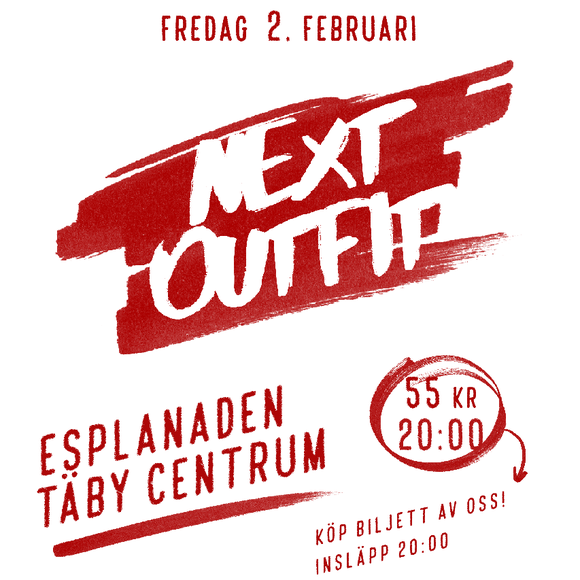 Combining sounds of contemporary pop artists and distinct guitar sounds of the 80s rock era Next Outfit creates their own style of pop-rock.

The members Benjamin Martin (drums), Axel Stridh (vocals and bass), Andreas Öström (piano and guitar) and Axel Vällfors (guitar) met in high school in Stockholm. They became official in 2014. The following years they have performed on various stages in their hometown Täby and in Stockholm.

In spring 2017 they participated in the world´s leading festival for unsigned bands "Emergenza Festival". They advanced through elimination rounds, performing self-written songs only, and ended up on sixth place in the Swedish final.