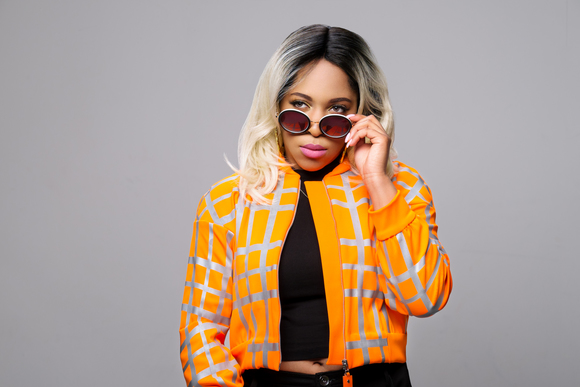 Nevaeh's Angel is a UK, South London based Female Rapper, Singer, Songwriter and Actress with a passion to spread a positive message through her music.

She has worked as a Sky TV and Radio presenter and is currently working on new projects in the area of Music, TV & Film.

Nevaeh has followed the footsteps of her parents who were heavily involved in Music, one of them being a top record producer and engineer in the UK, who worked with the likes of Liberty X, Blue, Mis-Teeq, S Club 7, So Solid Crew, Alexandra Burke, Big Bruvaz, Damage, Des'ree and many more.

Causing a stir in the USA with her Urban Rap songs that she writes, she has been interviewed via radio live from the USA, Canada, and Chicago where her songs are frequently aired and has also been heard on UK's Premier Gospel Radio, Reprezent Radio (107.3 FM), Choice FM (Capital XTRA) and BBC Radio 6 to name a few.

As Nevaeh has a passion to reach out to young people, In her spare time, she speaks at inspirational workshops which take place mostly in schools, where she tries to encourage young people to start their own business and have a career that will keep them focused and off the streets with nothing to do.

She has also taken part in workshops via UKs 'BBC Radio 1 Academy' based in Hackney with Tim Westwood, Tinchy Stryder, Lethal Bizzle,
Adam Deacon, The Rascals and others.

Despite Nevaehs many talents, performing is what she loves to do most, as a solo artist, or with acoustic accompaniment, and is adaptable to all kinds of music events.

Nevaeh also has an entrepreneurial side to her and is the CEO & Founder of Candy Clothing which is an international online clothing and accessories brand and has gained interest from music artists/bands such as Little Mix, That Poppy, Christina Milian, Alexandra Burke, Alexa Goddard, Stooshe, Miley Cyrus Tour Dancers and other artists signed to established record labels from Island Records, Epic Records, Roc Nation and Sony Music.

Nevaeh has recently released her Debut Single 'Birthday Drink' and is working towards her second single also for release later this year, followed by her EP in 2017.

Nevaeh has also joined a Music company based in Los Angeles, (USA) who have worked with several established major companies such as, Samsung, Mcdonalds, Adidas, X Box, Wii, Playstation, Coca Cola, MTV and many more. So overall, it definitely looks like a bright future for Nevaeh..