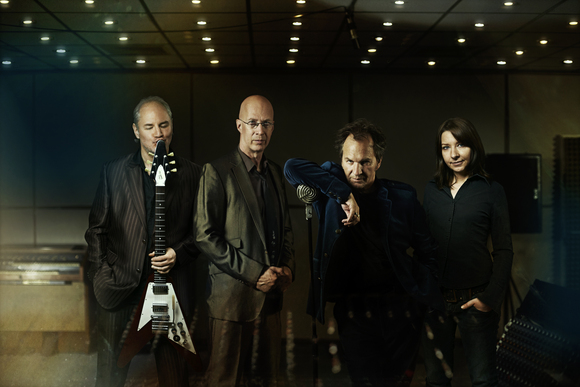 With its original members, this early 1980’s cult band is back in business.

Only a handful of German bands from any era have managed releases in the U.K., USA and most of Europe without actually landing a hit. Nervous Germans achieved this with bravado, signing to Vertigo in Germany, releasing albums and singles on Rondolet in Britain and Shatter Records in the States.
Their vinyl releases are still highly prized and priced ebay booty today. Nervous Germans played a string of legendary gigs in Germany, Holland, Belgium, Luxemburg, Switzerland, France and England.
At the invitation of BBC legend John Peel Nervous Germans were invited into BBC’s Maida Vale Studio to record 4 tracks with producer Bob Sargeant and engineer Nick Gomm for a John Peel Session which was broadcast on 14th October 1980. A rare honour and as was heard at the time ...“not bad for a bunch of krauts“.
Nervous Germans are first and foremost Australian singer Grant Stevens and German bassist and composer Micki Meuser. The band toured in varying line ups from 1979 until 1984 when it all came to an abrupt end following a festival performance that included Mitch Ryder and Aswad. Stevens and Meuser both now live in Berlin and have breathed life back into the old beast. They have found worthy partners in Gary Schmalzl on guitar and drummer Sabine Ahlbrecht who bring the right ingredients to make Nervous Germans an act to reckon with.
The 5 year history of Nervous Germans song material provides around half of the current repertoire, new songs make up the rest. One obvious conclusion on hearing the old mixed with the new is that Nervous Germans was a band ahead of its time and listening today, sounds very “now“.
In summer 1984 Meuser & Stevens finally pulled the plug and Nervous Germans were no more.......until today....the phoenix arises.