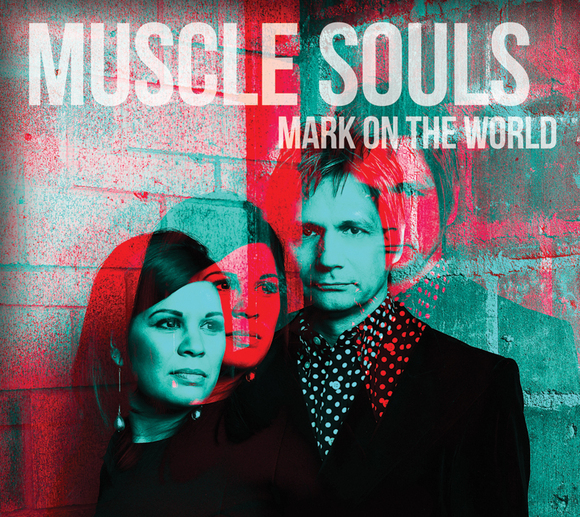 Toronto based Muscle Souls have dug deep into their love of vintage Mod, Northern Soul and Power Pop for this self-released EP “Mark On the World.” Penned by front man John Palubski, the disc includes five original songs served up two ways!

Band versions charge out of the gate with horns blazing while acoustic versions highlight Nicole Mintz’s elegant vocal harmonies. Either way, Muscle Souls balance a songwriting tradition with a crisp, modern production. Released in September 2014, “Mark On the World” has already taken the #3 spot of San Francisco’s “Pop that Goes Crunch” top 10 EP’s of 2014 while the title track made their top 30 singles list. At the time of this writing, the EP has been featured on these radio shows: Glory Boy Mod Show (UK), Punks in Parkas (Canada), Radio Free Americana (US), Ice Cream Man Power Pop (Sweden), The Music Authority (US), Radio New York International (US). As well as numerous local shows, Muscle Souls played in France in 2014 and is now planning dates in the UK and Germany for 2015. A video for “Mark On the World” is now in the editing stage.