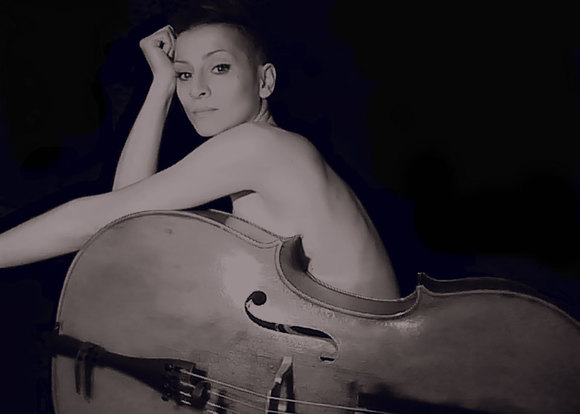 I’m an Italian singer, cellist, sound designer and performer based in Berlin.

I began studying piano at the age of eight. Later I began to study singing and cello then at the Conservatory of Music of Salerno, matching the academic course of study taking part in several rock and dark-punk bands. Over time, my interest focuses on contemporary music and the avant-garde of ‘900 and on voice research. After graduating in singing with M° Daniela Del Monaco, I attended workshops and continued education courses at the International Academy of Music in Milan and the Conservatory of Padua.  At the same time I started my training as cutter, sound designer and producer and post producer for movie and television, getting in touch with several audio editing platforms, both as self-taught and at Italian film production institutions [Cinecittà, Fonoroma, International Recording] where I attended courses as intern. At the end of my training as a multimedia sound designer, I left the cello course at the Conservatory and the classic music to devote myself entirely to the composition and performance of my musical productions. I focused myself on the study of contemporary and electronic music and to the research of new languages, testing new forms of “sound dialogues”.
The double background, academic and as musician on stage, has created a style in which the rhythmic grit of rock music nestles and coexists in unconventional harmonic structures; concrete sounds merge into darkwave melodies; harmonic suspensions into electronics.
The result is a complex of sounds in which no element is protagonist, but each is essential to the existence of the structure itself: the rhythm parts appear and disappear to open in noise and minimalist environments, in which the voice and the cello are the key factors of it but at the same time harmonic part of a whole. Everything bounces like a ball, roles are independent, unrelated to space and time.