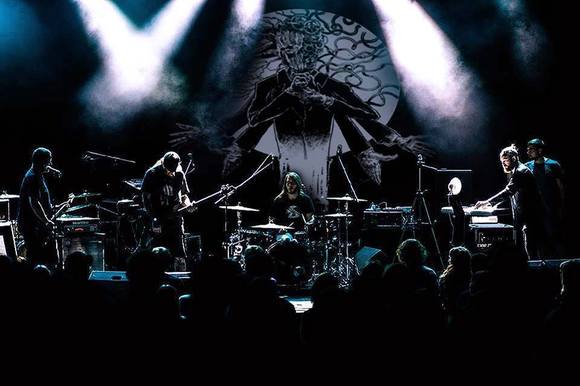 Lush sonic patterns, bold basslines and austere beats are spun into musical threads, which are woven into sonic landscapes and shape narrative arcs.

That is the approach to crafting music that is taken by Mountain - a four-piece instrumental rock-outfit from Villach/Austria.
No less than storytellers, Mountain take the the listener on a journey through their music. At times thrusting soundscapes -as mighty as mountains- at the listener, other times taking the listener's hand and guiding them on tip-toes through a cabinet of wondrous things.
In trying to characterise the sound of Mountain in more concrete terms, one has to go back to basic categories, as ascribing a genre to them generally fails. It will have to suffice to say: It can be loud, and it can be quiet. Things can get harsh and forbidding, and a few metres later resolve into something of a fragile beauty. Dynamics are key.
Mountain started as the brain-child of Philipp Otte, who has felt the urge to express himself musically since he was a little boy.
Originally a solo-project, Philipp gained a record deal with the Swedish/Italian label "Shunu records", after recording demos over several years. Trying to take the idea of mountain further in the wake of the record deal, and following good advice by people close to him, Philipp surrounded himself with four talented musicians who shared his love and who also believed in the record.
They grew as a band released their debut in 2016 and now are working on the sophomore album.