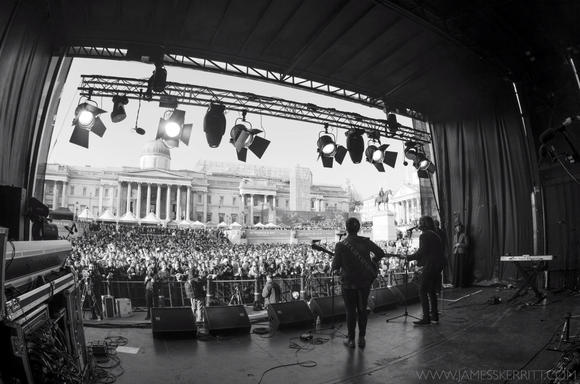 BIO Morrissey and Marshall's first single 'I've Got A Plan' (#1 in Irish downloads) from their debut album 'And So It Began' (#11 in official Irish album charts) was released to widespread acclaim in 2014 and was produced in London by legendary producer John Reynolds (Sinead O’Connor, Passenger and Damien Dempsey) at his ‘New Air’ studio.

They have recently mastered their second album at Abbey Road Studios and are releasing 'WE RISE' in March 2017.

This year they have performed on the legendary 'Late Late Show', played countless UK and Ireland festivals as well as debuting in Belgium, The Netherlands and Luxembourg.
In March they performed in front of 20,000 people in Trafalgar Square, London.
They've recently toured with The Magic Numbers, Sinead O'Connor, Paul Heaton & Jacqui Abbott and Damien Dempsey to name a few and completed a full band and radio/press tour of the UK and Ireland (majority sold out shows) in September 16.

'WE RISE' to be released in Mar/Apr 2017 (IRL Records, Proper Distribution, Bertus, Gentlemen Recordings for Benelux)

PRESS QUOTES
"They really are that good" - Jonny Owen (director)
"Like a new, rocking, Everly brothers" - Paul Gallagher (DJ)
"I've watched them from afar for some time... I'm a big fan" - Ryan Tubridy (TV personality)
"I love this tune" - Cillian Murphy (actor)
"People are drawn to their song-writing, the clever melodies and in particular the sound of their voices singing in unison – simply beautiful." - Louder Than War
"It almost seems impossible that two voices can compliment one another in such a relaxed and seemingly accidental way, quite frankly, they’re built on sounding perfect." - It Sounded Sweet
"Morrissey and Marshall are fantastically engaging and have a remarkably large sound for only two people" - Supajam