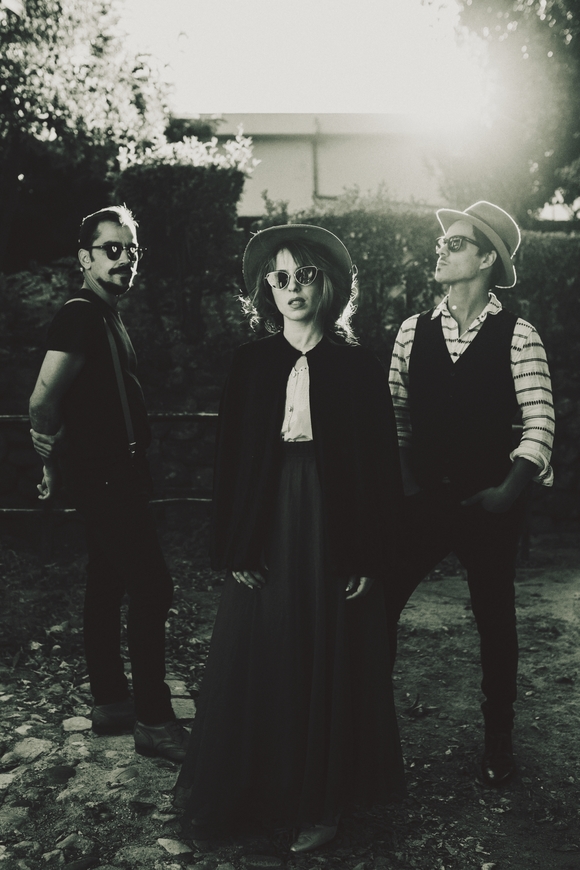 Moonshiners, formed by Gamblin 'Sam (vocals and harp), Susie Filipe (drums) and Vítor Hugo (vocals and guitar), are a blues/rock band from Portugal.

Under influences such as Bob Dylan and Morphine, their music combines strident harp riffs and explosive guitar phrases with galvanizing rhythms.
In October 2013, after a long tour, Moonshiners released a homonymous EP: six original songs about whiskey and beer, conversations between God and the Devil and requiems for a love gone bad.
2015 starts with the launching of the second EP, "Good News For Girls Who Have No Sex Appeal", with special guest The Legendary Tiger Man. From chaotic songs like "Louie" to melodic ones such as "Man On Wire", it reveals a band pointing in different musical directions and seeking new ways of doing what they love to do.
In 2017, they perform at Eurosonic Noorderslag (Holland), Veszprémi Utcazene Fesztivál (Hungary) and tour around Spain. In October, a cassette with 2 tracks from the album "Prohibition Edition" is released, including first single "Hello Again". Sharing melodies and smuggling emotions, Moonshiners’ first album, "Prohibition Edition", will be out in February 2018. Ten songs for sensitive men and hard-hearted women.