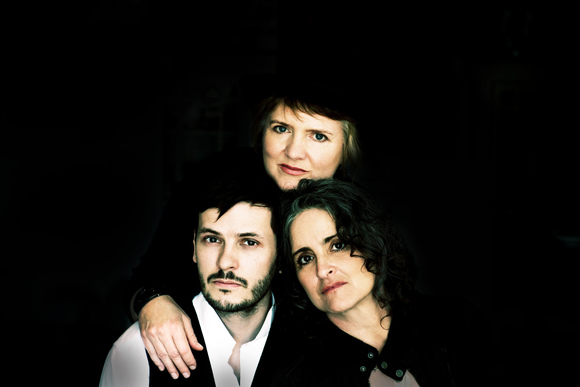 Monica Pasqual is the winner of 6 Emmy Awards and several Independent Music Awards, both for her solo concept album This Cold Desire, and with Blame Sally.

She has toured the US and Europe extensively with Blame Sally and shared festival stages with Richard Thompson, Joan Baez, and Patty Griffin to name a few. Her rich and layered compositional style has landed her a substantial amount of documentary film soundtrack work as well as the role of producer on her own albums and with other Bay Area artists. Most recently Pasqual has been teaching songwriting workshops and is currently publishing an online serial memoir at Medium.com/monicapasqual where she gets thousands of reads.

Pasqual presents a deeply personal album with "Is Fortune a Wheel" - a vivid, daring journey into what happens when unforgettable memories are lost by a lover whose ability to recall the past is fading. These memories, still cherished by Pasqual, are explored through song as she navigates the art of letting go. The album is a modern-day odyssey through love, pain, loss and the ultimate rediscovery of self.