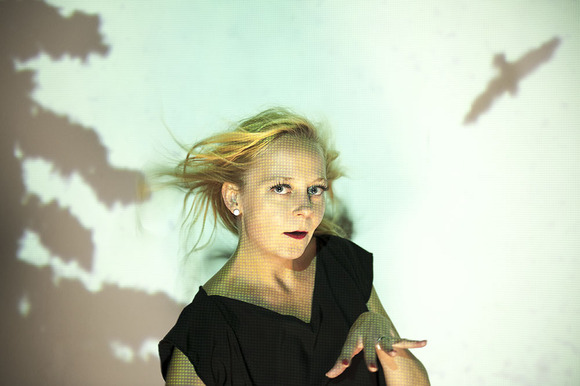 An album where oldschool jazz y blues get together with broken beats and abstract funk
at a venue we could describe as “a nocturn rave in the forest”. This album received
beautiful reviews in the Spanish press; for example: “… The artist moves like a fish in the
water along this album that avoids established genres. (…) I bet my little toe that the
good Matthew Herbert has already asked for a copy of the record.” (Sergio del Amo,
MondoSonoro)
Now the second album by Miss Q is ready. The title is “Tirol” and it´s published by the
brasilian label Reco-Head Records at the end of 2013. On this new album the artist moves in a peculiar universe, where atmospheres and images from urban life are fusioned with a continuous dream of being in the mountains. This way the songs are sung from a fancied mountain top, below a moon with a tan. Ecos are heard in the valleys. Waves and oceans appear inside little drawers. Bass drum Ricolas and olde synthesizers are rocking peasants, eagles and whales.
Miss Q works with contrasts in her music; the synthetic versus the organic, the shiny
versus the opaque, the raw versus the soft. This way she creates her own sound
somewhere between electronica and traditional songwriting. A sound she defines this
way: urban melancholy, handwritten electronica, postmodern cabaret.
Both records are produced by the catalan musician Guillamino, enfant terrible and
representative of the most iconoclastic electronic music found on the Iberian peninsula.

Miss Q is the alter-ego of Pia Nielsen: a Danish singer-songwriter based in Barcelona.
During her career as a composer she has made soundtracks for different theater plays,
documentary films, video art and animation videos.
Before she started her solo career she was part of the art collective/music group Zink
Tank, with which she published two conceptual records; “Radio S.I.S” and “Álbum de
Pedro”; the last one recorded in different cities such as Marrakech, Venice,
Copenhagen, Tarragona, Granada, etc.
Since she started her solo career, Miss Q has done a large number of shows around
Spain, Germany and Denmark. Sometimes she performs alone with her laptop, different
instruments and special effects in a kind of performative one-woman show, and other
times she is joined by her great mini bigband; Daniel Setti (drums), Luís Montoya
(electric bass) and Mademoiselle Oui Oui (visuals).