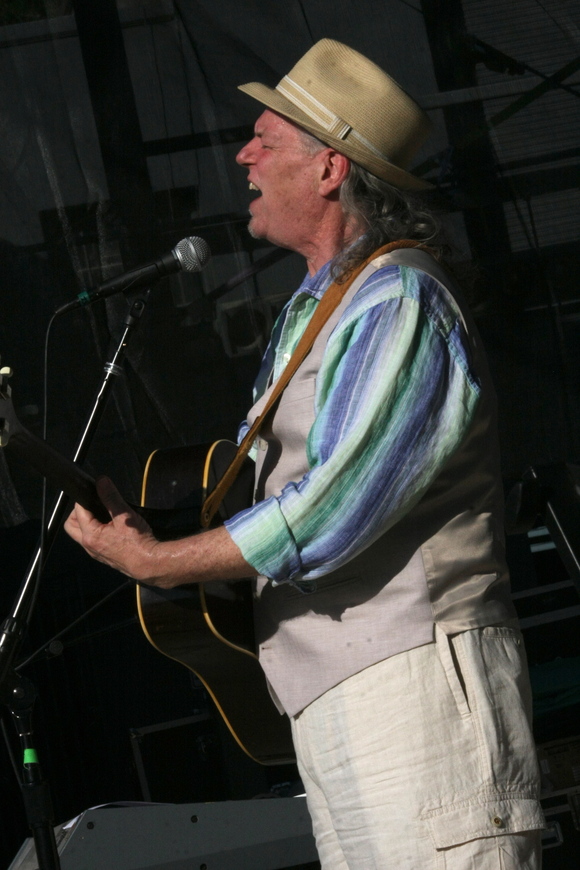 ~ECHT BLUESMAN AUS TEXAS~ Michael Hardie is, first and foremost, a songwriter with a global view who always lets his Texas roots shine through in his music.

Beginning his professional career in Houston, Texas at the age of 19 in 1971, where he met and would later join forces with, Milton Hopkins, cousin of Lightnin' Hopkins. This team would go on to record two Blues albums of Michael's original music.
In the late '70's and '80's Michael spent 10 years in Los Angeles, California developing his career. He met, wrote, played and recorded with many great, accomplished musicians including his favorite guitar player; Jesse Ed Davis.

In many ways the story of Texas Native, Michael Hardie, began in 1991 when Wolfgang Doebling, editor of the German Rolling Stone Magazine, heard his album "Houston Blues" and invited him to Berlin for the B.I.D. music conference.

This first trip to Europe sparked a creative period of songwriting that would redefine him as an artist. Moving to the east part of Berlin in June 1992 was the beginning of a wanderlust that found him going back and forth from Berlin and Texas for the next 2 decades.

Now Michael has returned to his roots in Texas, but remains connected to these three continents.