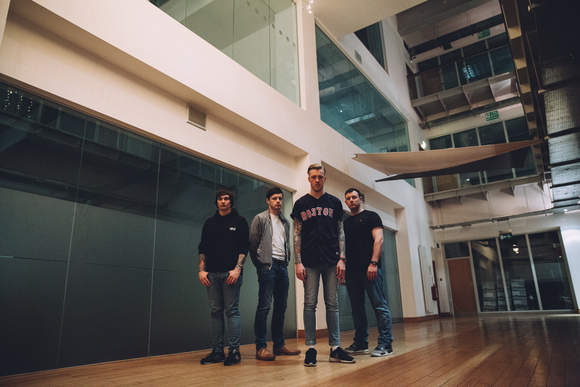 Martyr Defiled have seethed under the bubbling cauldron of quality metal bands that the UK has produced over the last 5 years - and with ‘No Hope No Morality’, the boys have set the standard for infectious hooks, thunderous riffs and disgusting breaks.

No Hope No Morality has been lovingly crafted, obsessively tinkered with and stripped down before being put back together into the 11 tracks of raw aggression tinged with sublime intricacy. Pounding drums match stampeding guitars topped with gut-busting vocals, before either slipping into a fist pumping vocal hook or a breakdown so disgusting you’d feel dirty telling your parents about it. The songs are crafted individually, each with their own specific flavour that combines together to make the sum of the parts greater than the whole - an album written as an album, not as a collection of songs heaped together on a CD.

Touring extensively for 7 years have given the band the type of fanbase most english hooligan firms would die for, selling out shows across the UK and mainland Europe and leaving a path of destruction in their wake. Festival appearances have left pundits as fans, critics speechless and magazines running out of superlatives to put in their reviews. Merch-hoarding fans across the world are calling out for the MD Mafia to roll into their town, level their venue to the ground and leave them begging for more.