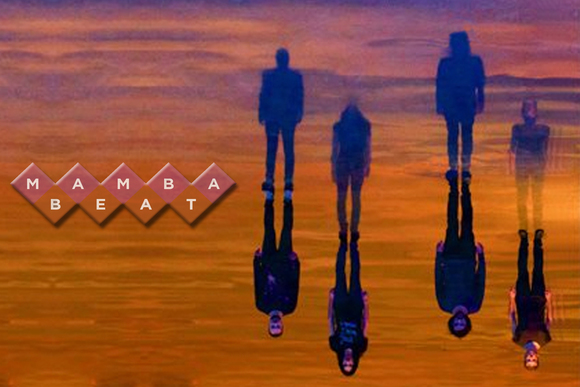 People dancing mad with electronics in a live show???

It has to be Mamba beat the band which is playing there.
Mamba Beat is an important reference in electronic pop-rock music from the north of Spain since a decade ago.

Magnetic electronic sessions inviting to dance, voices leading the ritual, guitars shaking the atmosphere and compact drums attached to the characteristic synthetic powerful bass of the mamba, form a perfect ecosystem between pop, indie-rock and electronica that makes them to be valued by the media with influences close to Depeche Mode, U2, Kasabian...

In 2016 they released their new LP Paint me in Black!! : 10 songs of catchy tunes and electronic sounds that makes powerful the live concerts that have already begun to offer on the new tour (BIME Festival, Stage Santander with OBK, Sala Hangar Burgos, Madrid, Biarritz, Kafe Antzokia Bilbao ...)