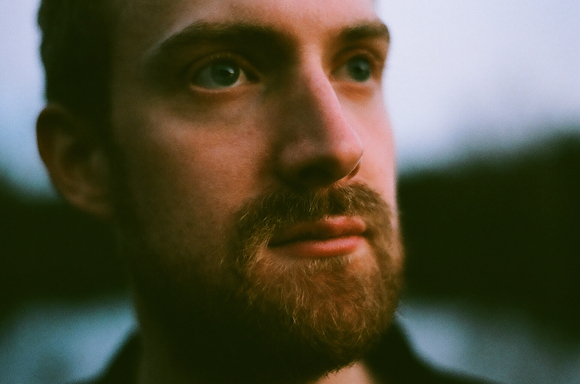 For the two years Lukas Creswell-Rost has been tirelessly working on his new album 'Go Dream'.

The result is a dense & eclectic pop concoction. Due to be released Summer 2014. But for now, his songs are punching their weight alone on stage with guitar, drum machine, pedals and voice.

Five years ago LUKAS CRESWELL-ROST relocated from his hometown of Leeds, UK, to the thriving hub of Berlin. Those five years mark a dramatic shift musically and personally. Tastes developing and attitudes changing. A personal message was forming. One which required honing down and carefully constructing, as only one man alone in his home studio can do. But for now, his songs are punching their weight alone on stage with guitar, pedals, drum machine and voice.

GO DREAM is the new album from LUKAS CRESWELL-ROST. It is a place of dense detail and eclectic surprises. Pop sounds deconstructed and reassigned to a new place. This place. Full of shifting moods, earworm melodies, restless arrangements and dark humour. Feeling for the line of tension between overblown grandeur and the restraints of intimacy. Running through its core is a heartfelt take on a theme of ambition, fame, success & failure. “It slowly dawned on me that people are weird. Some of them are totally arrogant and selfish and driven by things which repel me. And in that kinda misanthropic mindset I found a lot to write about.”

Each song reveals more of the story; Week Of Warmth recounts the tale of ill-fated 70s power-pop band Badfinger from their money-grabbing manager’s perspective. Ten Dollar Cocktails and Patient Pilot both allude to an air-rage incident of the neo-classical heavy metal guitarist Yngwie Malmsteen. Fans of sitcom ‘Seinfeld’ might relate to Summer Of George, and anyone who has found themselves on a night out alone could sympathise with Own Night Out. Then there is the near 8 minute long title track, Go Dream, which reveals a personal insight into his unfortunate experiences serving as sideman to an 80s pop “star”… And, of course, there’s the ever present sound of the sea.

Recording took place from winter 2012 through until winter 2013, a little of each passing season leaving their mark. Several songs here stretch back toward the latter days spent in his band The Pattern Theory (now on hiatus), and in fact, the band members occasionally reunite - albeit only on tape. Drummer James Yates helped create an essential backbone for the arrangements before numerous friends - including Laura Gladwell, Snake Davis (M People), E.L. Heath (epic45), Carl Schilde (Heavy Listening) - helped to complete the picture.

GO DREAM seems to take its musical cues from the likes of Steely Dan, hit era Genesis and John Martyn. Maybe some Vangelis and 10cc via Prefab Sprout. Or more contemporary touchstones such as Field Music, Tortoise or Jim O'Rourke. But steeped in a personality of its own. One foot stuck in past and the other stomping on ahead, out of step.

Go dream. The sky's the limit. Go dream. You don't stand a chance.

More on Lukas Creswell-Rost:
As a founding member of The Pattern Theory, he released an album on Valeot Records (Cargo/Darla) in 2011, leading to world-wide radio play and press coverage. They spent numerous years touring extensively throughout the UK and Europe, sharing stages with Russian Circles, Plants and Animals, The Drift, Icy Demons, Lanterns On The Lake and Epic45, amongst others. He has also served as side-man to 80s pop starlet Tanita Tikaram, as well as briefly being a member of ex-Can singer Damo Suzuki's live band. In 2012 he released his debut 'lost' album TWO HALVES - actually recorded in 2007/2008. He currently lives and works in Berlin, Germany, where he is involved in many musical projects aside from his own.