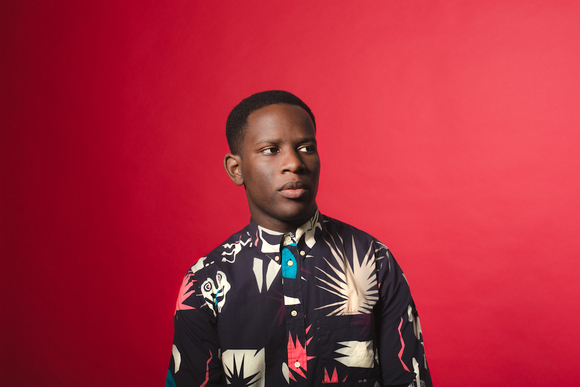 Some may recognise the name after Love Ssega lent his vocal skills to the Clean Bandit hit “Mozart’s House” which he wrote and co-produced.

He was a founding member of the band and subsequently performed with them live on Jools Holland to the Other Stage, Glastonbury in front of 45,000 people. He’s now striking out as a Solo Artist with his full live band.

In 2018 he performed international solo sets on the Main Stage at Lake of Stars, Malawi; Zandari Festa and Sound City Korea in Seoul, Korea; and at the British Ambassador's Residence in Paris.

Love Ssega’s live show, put together by none other than Friendly Fires’ Jack Savidge, has been receiving solid support from BBC Music Introducing. His showmanship and highly-skilled 5-piece band were singled out by BBC World Service in December 2017 as one of the most exciting UK acts poised for attention on the International stage. The Great Escape Festival 2018 had him as one of their First Fifty Acts announced - with a blistering set in Brighton justifying the hype. Media support has been strong come from all angles from Mixmag to fashionable tastemakers Notion, Stereogum and Noisey.

Channelling a vibrant mix of New Wave, 80s hip-hop and NYC disco into smart modern pop, Love Ssega draws on an evocative point in sound and culture far removed from the London borough of Lewisham where he was raised. Love Ssega has a keen eye for colour and visuals and on stage he can be found wearing shirts custom tailored by his sister out in Kampala, Uganda, where his family originates. The creativity all bleeds into the music. Never to be constrained, his musical experiences, are as wide-ranging as his life story so far - both unexpected and undefinable.