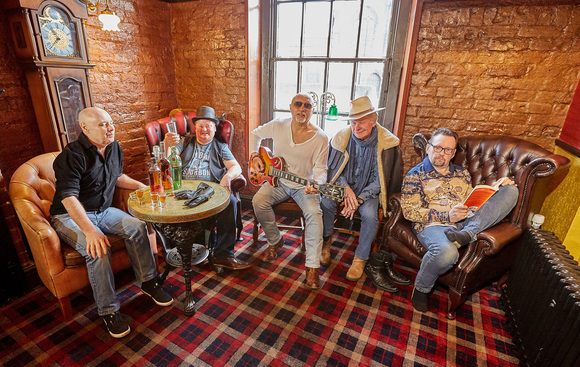 Formed in 2013 as a regular gigging band they have carved out a niche as one of England’s best live Blues/ Rock bands.

Based in Manchester and playing mainly blues/rock inspired original music, the band are testimony to the fact that the blues genre is not only alive and well but evolving with some fine, well crafted material from Lol Goodman.
4 Highly acclaimed Album releases on Right Track Records / Universal
The band get regular airplay on IBBA radio stations and have featured on local BBC radio shows including a live studio session at Trent Sound Radio, BBC Radio Stoke and BBC Radio Lancashire which included a live GIG on a one hour takeover show for the launch of the Just Wanna Say album
The Band have toured the USA and in 2019 ended a 10 date tour of California at the famous Whisky A Go Go in LA following sessions at the famous Arcadia Blues Club and CANYON venues
The Band have played most of the UK blues clubs and Festivals including headline slots at the Upton Blues Festival and the British Stage at the Colne Festival
The Band are made up of 5 highly experienced Musicians headed up by Lol Goodman ( Songwriter, Lead Vocals, Guitars ) ; "Doc" Horrocks (Guitars & Mandolin) ; Rick Lacey ( Drums ) ; Paul Edgeworth (Bass) ; Tony Nicholls ( Keyboards) - all have also been sought after regular session musicians in the Manchester area