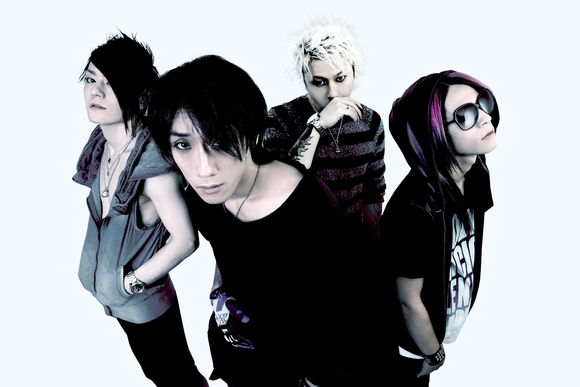 LOKA is an Alternative Hard Rock band based out of Tokyo, Japan but... their music does not sound 'Japanese'.

If you listen to their music you'll find the music back bone to be more American Hard Rock. Combined with raging synthesizer and digital drum beats, the bands music does not stop only at live houses but spreads to the club music scene by which creating a new genre of Electric Dance Metal. With a sound you would hear in a dance club incorporating elements of INDUSTRIAL, HARD ROCK, HEAVY METAL, HOUSE, and ALTERNATIVE music presenting versatility in blending genres.

LOKA first makes their appearance on June 9th 2012, and at that time only the singer Kihiro and drummer KEN'ICHI were the official members. The bass and guitar players were formed by support members. On August 8th, LOKA releases they're first EP "01"-zero one- and kicks off a nation tour in Japan beginning in September. While on the road they also release their first album on November 7th, "EnFLAME" continuing the nation touring until the end of the year (approx. 40 shows), both immediately selling 1000 copies and has grown in numbers massively since. This was done while Kihiro also actively being "UNDIVIDE" vocalist, a project band lead by LEDA, former "DELUHI"

In April of 2013, they welcome Katsumi as an official bass player for LOKA. LOKA is set to kick off another Japan nation summer tour including an international tour to play a summer festival in Taiwan, FORMOZ FESTIVAL. In the one year after the band formed, a successful two-day concert in Indonesia. They accomplish 10 performances in six countries and received an offer of a European Tour for the first time in November the same year.

Furthermore, with the audience of about 3,000 people LOKA played a starring 'JAPAN EXPO Belgium' and also successful one-man performances in Germany and Austria. To finish out 2013 to great success achieving a one-man first domestic in December.

The momentum does not stop going into the year 2014. The band dared to take on a world tour of 16 performances in 10 countries with other appearances such as 'JAPAN EXPO France' slated in June-July. Similarly last year, in addition to the one-man Germany,and Austria, the band played a one-man performance in Poland and further, the Czech Republic, the Netherlands, and France.

LOKA had release their second album "QUATTRO" in September, with a Japan national promotional tour of the release which will kick off the LOKA "ECHOEZ" TOUR 2014 which begins August 8th, 2014 and runs through December 2014 in Japan closing out the year.

Though it has only been two years since the band has formed now, the bands musicianship, professionalism, and performance is considered top class.

Reading the members past profile will make you understand
that this band has been around the worlds music industry for a while, established and known globally.