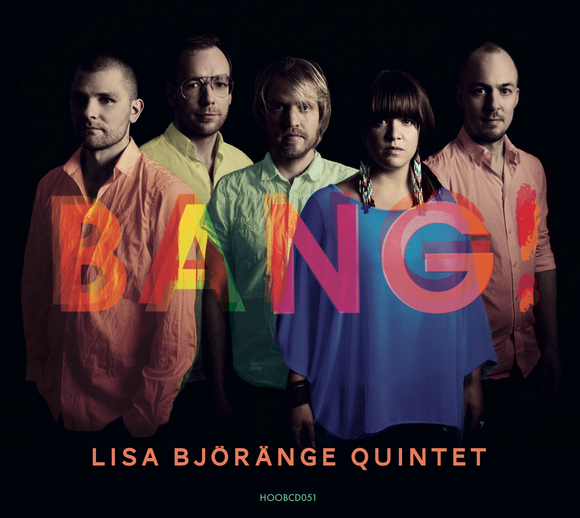 A jazz singer that pushes musical boundaries. With an adventurous group of musicians she plays her own music and presents ABBA tunes in jazz versions.

On April 15, 2015 Lisa Björänge Quintet released their new album BANG! (HOOB Records). Lisa Björänge is often presented as one of the most expressive jazz singers to come onto the scene over the last couple of years. The new album includes her own songs as well as covers of some of the most immortal pop songs from none other than ABBA and The Beatles, creating the perfect mix from one of the most cohesive jazz groups out there right now. Lisa's compositions are just as much about delivering her lyrics and emotions as they are about creating a space where the musicians can grow, be playful and create something completely new together every time the songs are performed.