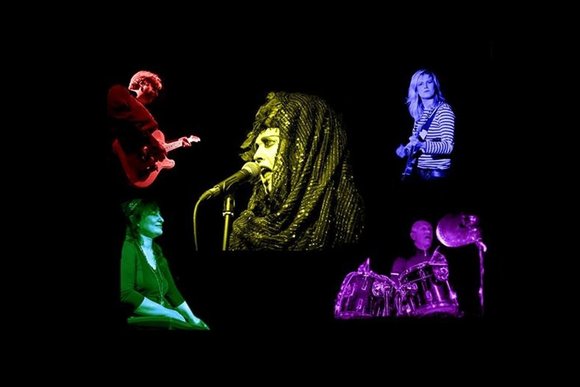 Detroit-born legendary post-punk pop singer Lene Lovich hit the top of the UK charts with her single “Lucky Number” in 1979, and was crowned the “Queen of Quirk”, influencing a generation of pop and alternative acts, from Nina Hagen to Boy George, and from Madonna to Dresden Dolls.

A normally reclusive figure, Lovich turned her back on the limelight after her third album No Man’s Land was released in 1982 amid disagreements with her record company about her unwillingness to compromise her groundbreaking visual style for the then newly emergent MTV. Subsequently she has recorded only two albums in the last thirty years. Lovich’s unique vocal and visual style, along with her catchy but experimental songwriting, has exerted a huge influence over alternative pop culture and garnered her many plaudits and continued interest. She has been described as everything from “Kate Bush on acid” to “the New Wave Maria Callas”. Her hits “Lucky Number”, “Say When”, “Bird Song” and “New Toy” are still regular features in the clubs and radio of Europe, Japan, Australia and the USA.

In May 2012, Lene joined forces with Subterraneans frontman Jude Rawlins for a celebration of the music of German composer Kurt Weill. During the tour they hatched an idea to form a new band to take Lene’s classic material back on the road. Jude immediately recruited bassist Lydia Fischer and drummer Morgan King in June, and keyboardist Kirsten Morrison joined in July. It was a baptism of fire for the new band, after just one low-key show at London’s much-loved 12 Bar Club, their next appearance was headlining the annual Drop Dead Festival in Berlin. Since then they have, in the words of one reviewer, been "festooned with metaphorical bouquets".across the UK and Europe.