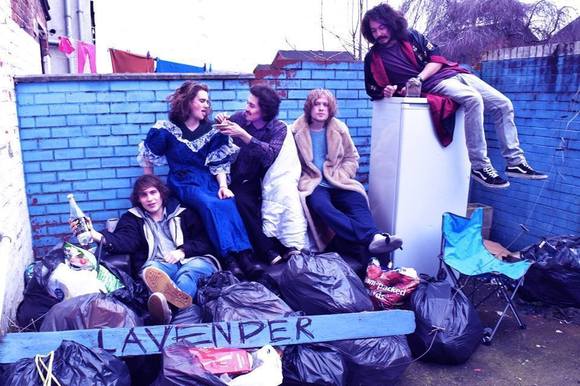 Based in Salford, Lavender conjure up an authentic sound that takes form through a cocktail of influences including; psychedelia, rock n roll, and hip-hop.

This is hard-hitting music you can still dance and groove to, and whether it is breaking into arabian style world music or jazz sections with spoken word, theres always a twist. Having only been together for just over a year the 5-piece are starting to stir a following of loyal fans and with expanding crowds and larger gigs on the horizon they are certainly not an act to miss. 2017 anticipates the release of another EP along with a string of gigs across the UK.

"Over at Night and Day proceedings began a little later and the first band to take to its hallowed stage were one of the days best acts, Lavender. There was style, swagger and substance in abundance from such a young band and they had the crowd captivated.
The likes of 'Hinterland' and 'The Void' have all the makings of great psych tunes with shimmering guitars and powerhouse choruses and with a lead singer who stalks the stage in a britpop haze they have the presence to match"
-Skiddle, Manchester Psych Fest

"Taking influence back from when rock music was at its most inventive. Not using musical instruction manuals, but venturing into the unknown"
-Weekly Beeper

***We are currently in the midsts of recording a new EP (including single) along with booking a UK tour. To focus on this we have had to reduce the amount of live shows we are doing at the current time. Things are set to start kicking off around mid-March so keep your eyes and bananas peeled.
Announcements to be made soon.***