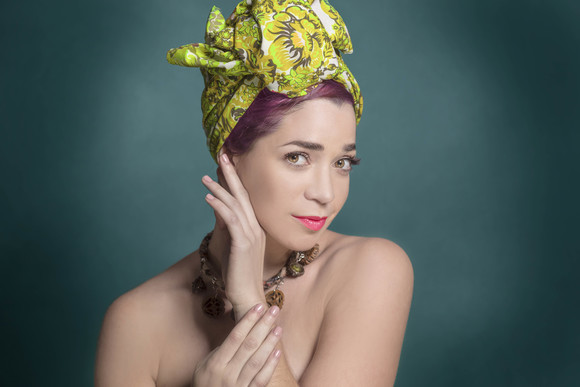 Laura Guevara was born in Venezuela, she grew up listening to a mix of different music genres that go from classical to Afro-Venezuelan rhythms.

The closest term to describe her music is "urban folk" as she herself refers to her style. Laura doesn't only impress with her lyrics but she also is an accomplished composer. She can cover the whole range of the creative process of her music from writing, composing, playing and even designing to producing her own videos; she just talks about it as if it is as natural as breathing. Hers is a careful and dedicated work that you will be able to perceive when you listen to her music. "Laura Guevara" her first album is from beginning to end worth listening to. Although in Spanish you will be able to connect to the music and the rhythms and also feel the mood of each of her songs. She is a new voice that has been around for a while and she is rightly so gaining her deserved attention within the group of female Latin American most notable singers/songwriters. - by Ana Sors