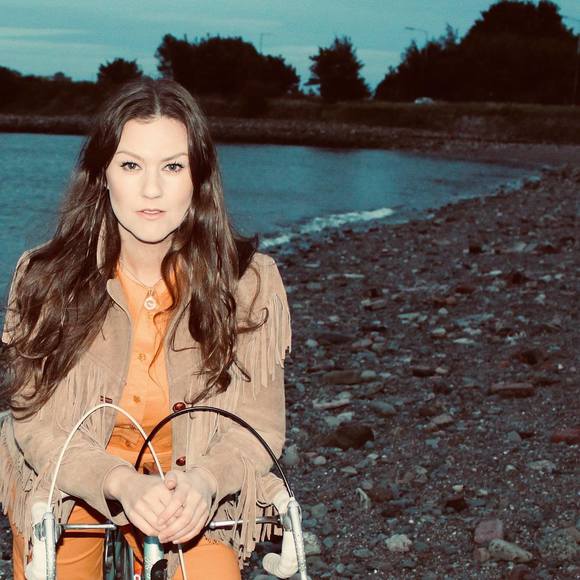 Kirsten Adamson comes from an historical musical background in Scotland.

Growing up, her main influences were Kate Bush, a huge catalogue of country music artist’s and her father’s band, Big Country. In 1998 her father relocated to Nashville, Tennessee, where she would spend her summers and it was here where she first picked up a guitar and began to sing with a country style.

At age 21 she moved to Edinburgh where she set up her first band The Gillyflowers, which would go on to become a dynamic 7 piece rock/country outfit. The Gillyflowers gathered momentum gigging in 2008 and received many 4 and 5 star reviews. They released two EP’s entitled ‘Queen Of Hearts’ and ‘No Dancing’ but eventually disbanded before a full album was ever released.

After The Gillyflowers Kirsten moved away from her country style routes and flew solo for a couple of years. Working with a pop/rock sound and going on to release a full, eponymously titled, crowdfunded album in November 2015. The album was well received and she went on a short tour of the U.K in April 2016.

Approaching the end of 2016 she fell back in touch with an old songwriting partner Dave Burn. Dave had asked Kirsten to sing on his solo album, ‘Arizona’ and Kirsten was delighted to dive back into a genre close to her heart, country music. It was during these recordings that Kirsten and Dave began to write together again. Songs seemed to flow easily between them and they were excited at the prospect of creating a new sound together. On listening to their first demo’s they adored the way their voices sounded in harmony.

Throughout history there have been many "musical marriages" made in heaven, Emmylou Harris and Gram Parsons, Dolly Parton and Kenny Rogers, The Carpenters and Richard and Linda Thomson to name just a few. So when Adamson and Burn were contemplating band names they came to the conclusion there could be no other more suiting than The Marriage. And so became an official outfit by the summer of 2017. They have been back and forward between their two home cities, Kirsten in Edinburgh and Dave in London, creating live videos. The Marriage are set to pull at audiences heart-stings around the U.K this year.

Out-with Kirsten’s original material she is a regular musician on the Edinburgh gig scene. Enthused and inspired by so many artists Kirsten has a huge repertoire of material that she performs every week at various venues across the city. She will also be appearing as Adelaide, one of the leading roles in musical Guys and Dolls. The run takes place at The Kings theatre between 2nd-5th of May.