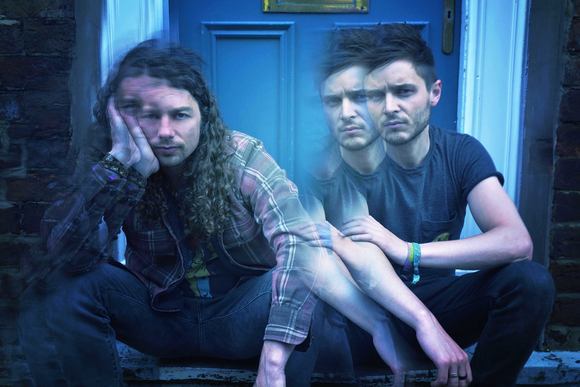 Named after a track by legendary bluesman Howlin’ Wolf.

Killaflaw have been likened to a number of other acts – “like Led Zep meet the Chemical Brothers”, “the missing link between Soundgarden and The Prodigy” – but really they have a sound that is uniquely their own.

‘Revolution’, won Xfm’s Demo Of The Year award, and then a low-key release of the ‘Set Me On Fire’ single organically spread around the world and topped the DMC charts in the US. It was played on BBC Radio 1, BBC 6Music, NME Radio, Xfm London and many other independent stations, and Utah Saints produced a remix of this track. There are now more than 100 home-made YouTube videos that use ‘Set Me On Fire’ as a soundbed – strong indication of its grass roots popularity.

Killaflaw have played played at UK festivals such as Glastonbury (West Dance), Bestival (Big Top), Secret Garden Party (Temple of Boom), Glade (Main Stage), Beat Herder (Main Stage) amongst others various London venues such as Koko, Brixton Jamm and Proud, they have also performed at MTV, BBC and Filter Magazine shows. On the continent, Killaflaw have played at Kazantip in Ukraine, Pravda in Moscow, Bodrum Carnival in Turkey and extensively toured in Germany and the Czech Republic.

Their debut release on Wall of Sound, the 'Broken Idol EP' was released in November 2013 and featured Freq Nasty and DDPLGNGRS on remix duties. The Killaflaw Remix of Bloody Beatroots ft Paul McCartney's 'Out of Site' was released through NY heavyweights Ultra.

They have released their 2nd single 'Own Way' and album 'Sleaze and Grit' on Wall of Sound and are gearing up for their forthcoming single 'Message' due for release in February 2016.