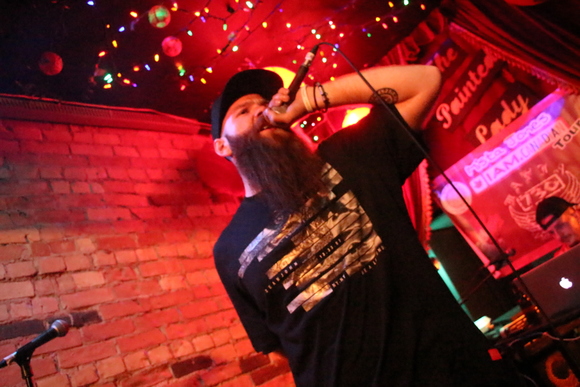 John's, Newfoundland, began his curiosity with hip hop when he was evoked by the lyrical freedom and diversity of Earl Sweatshirt which prompted him to write in a style like no other. With heavy inspiration from horror movies and witchcraft. Kielley Koyote's music is described as a "verbal back rub" using elements of trip hop, house, lofi, as well as avante garde.

The power behind lyrics is something Kielley Koyote has always brooded over. "I want my lyrics to portray how I feel." Kielley Koyote spends his time listening to any and all types of music in hopes of discovering the next monumental inspiration.

Since Kielley Koyote started his career just over a year ago, he's achieved amazing progress. Kielley Koyote's latest EP, titeld “Weak Days”, has seen an enormity of success thus far seeing support from Gucci Mane, The XXXTeam and more. Since the Weak Days EP, Kielley Koyote has opened for Juno nominated Ghettosocks, Evil Ebeneezer as well as Jyay and doesn't intend on slowing down anytime soon.