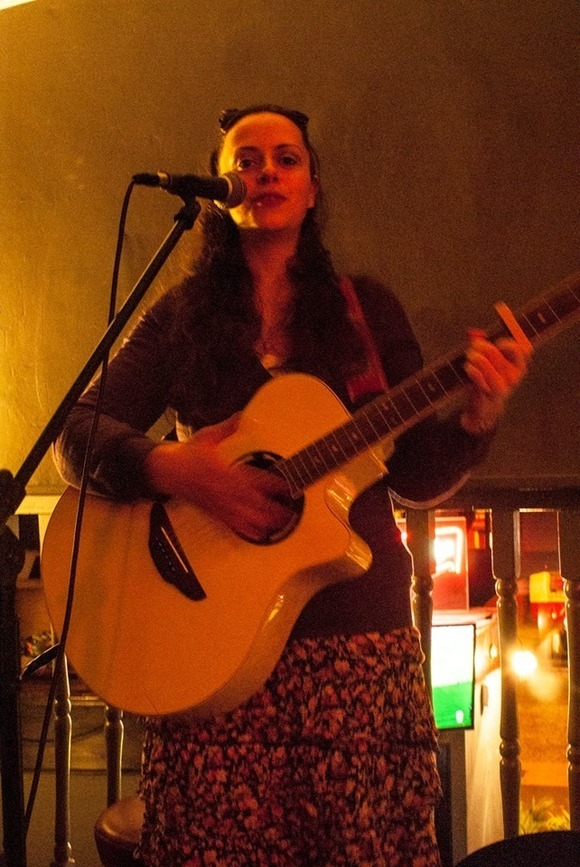 She bought a guitar on a Friday, fashioned her first song over the weekend, and dropped out of Law School on the Monday with a short telephone call to the university she had studied at to inform them "fuck the law I forgot I always wanted to be a star!"

6 months later she began performing, in January 2013, by which point she had created around 40 songs.

In August 2013 she performed in Edinburgh Fringe Festival for the first time.

In March 2014 she dropped her chosen stage name and performed under the name Katrina Turner for several years, and went to Amsterdam where she performed a house concert and later in a theatre, for the first time.

And in September 2014 she received mail from a US radio station requesting tracks and intimating "Your fans are requesting you!"

2015 saw her visiting Belfast in Northern Ireland, in June. She decided to move there a short time later.

Since her arrival in Belfast she performed a few bar gigs, and at a Welcome Ceremony, to delegates from 60 countries, in Stormont Parliament, and a handful of charity gigs, in which she supported causes that are around aid for and the safe landing of the Syrian Refugees.

In 2017 she resumed the use of her chosen name Lyra Starr. Lyra is an artist, who will touch you deeply and move you. Her experience coming off stage is often that people with tears in their eyes wanted to hug and thank her, asking her dumbfounded why she's not more well known, and telling her that she has an angelic quality and that makes them feel things they had never felt before.

To date Lyra has created around 200 songs. She has recorded a few of these amatuerly, but having been in the struggles of homelessness and starvation, is yet to achieve recording at a commercial standard - this is something she greatly wishes to achieve that everyone may have access to experience her music as it truly is, rather than through the filters of poor sound quality that most people have an awareness of her work through.

Lyra took a professional break from performance for the duration of 2016 and is eager to resume her performing. She looks forward to performing at the events she is booked for and truly enjoys nothing more than spending time with hundreds of people, sharing the fruits of her expressive gifts and hard work to creating the beautiful performances she facilitates to enrich the experiences and celebrations of people attending events.