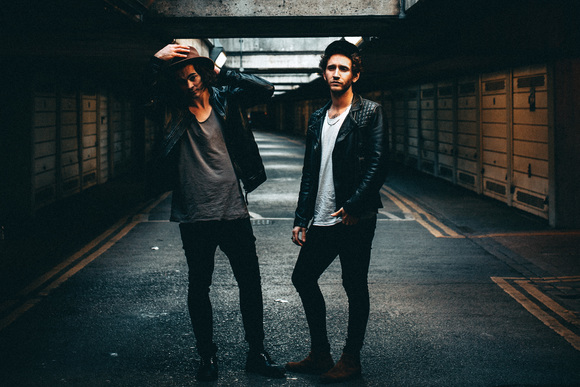 Setz & Hanel met at a concert in a Bar in Berlin district Neukölln. Both have a strong passion for the clothing brand All Saints, beautiful women & rock music so that´s why they decided to start a band together. After writing a couple of songs they have started to promote their music through dating apps to build a following and to engage with an audience. Their fresh, impulsive rock sound combines the youthful recklessness of the earlier Arctic Monkeys with powerful guitars of The Strokes or The Who. Their debut single “Gotta Let Go“ was released in early 2018. The self-produced single was recorded in Berlin and mixed by Audio Engineer Richard Flack who has worked with Florence & The Machine, Palma Violets and Queens Of The Stone Age. The band recently recorded an acoustic version of the song at the Emil Berliner Studios which will be released a couple of weeks after the single. While they’ve been playing shows in the U.K., Germany and Norway they spent much of 2017 in the studio writing new material. In 2018 they’re looking forward to hitting the stage with a full band set up to expose them to a wider audience.