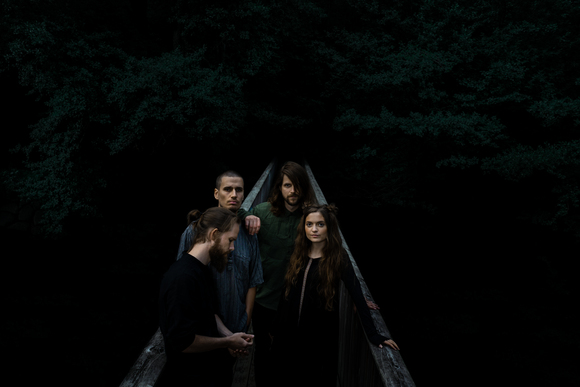 After «balancing rocks» as band members for almost a decade already, 2020 was the year from which one could finally enjoy the fruits of their labor with the release of their debut album ‘The Line’.
Kalandra has previously supported other Nordic acts such as Gåte, Seigmen, Wardruna and Eivør. Their cover of ‘Helvegen’ by Wardruna, has amassed over three million views on YouTube, which also led them to sign with the record label By Norse Music. They’ve also composed two soundtracks for the HBO Nordic series ‘Beforeigners’ (season 1) and even stumbled on to the set for episode 5 and 6 as extras.

The Pandemic might have put a halt on the concert situation, however the band have been performing some concerts around Norway for a currently seated audience, as well as quietly working on the in-game soundtracks for the game Kingdom Two Crowns and its new world called ‘Norse Lands’, which is available for gameplay from the 16th of November (2021). If you wish to hear all of the music Kalandra have composed for ‘Norse Lands’, give it a play through, as the remainder of the soundtracks won’t be available for streaming until the new year is upon us.

Kalandra is scheduled to join Wardruna and Lindi-Fay Hella & Dei Farne on a Europe tour next summer 2022.