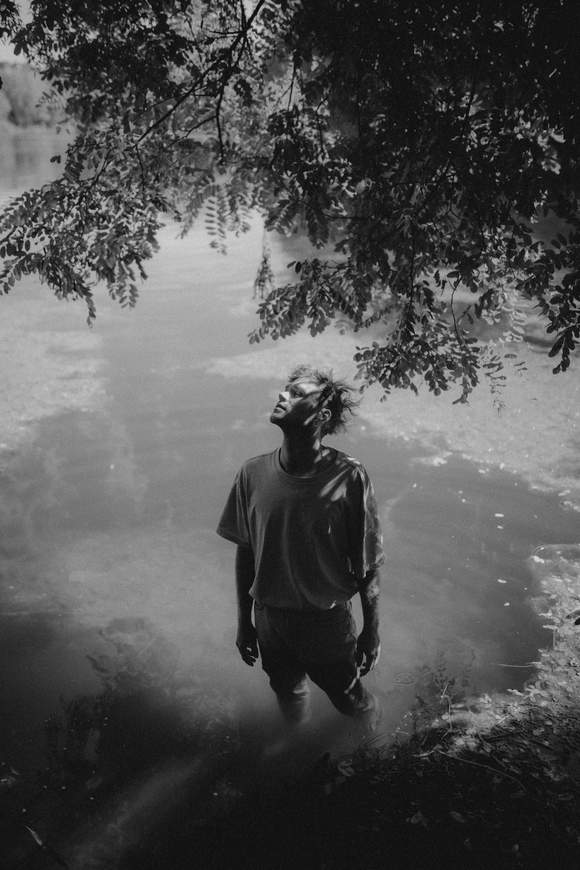 Jules Ahoi (born as Julian Braun in Melle, Germany) is a singer/songwriter and producer based in Cologne, Germany.

He gained international attention with the release of his first solo EP "Between Lines" (2016) which included the renowned song "Robinson Crusoe".

Part-time living in the south-west of France he is deeply connected to the local surfscene which still is the base for his musical career. Jules Ahoi's songs are featured in numerous documentations and surfmovies, e.g. first German surfmovie "Headache" which won several prices on filmfestivals worldwide.

With the release of the "EUPHORIA / fragments." EP (2017) and the "Echoes" EP (2019) on his own founded record label MOON BLVD. Records, Jules Ahoi and his band hit the taste of a rapidly growing fanbase. Between 2016 and 2019 the band played over 200 concerts and festival shows, highlighted by 17 sold out shows on their "Echoes Tour 2019".

2020, right before the start of the global pandemic, Jules Ahoi released his long-awaited first full length album "DEAR ____" - a 15 tracks long record full of unexpected twists and breaks, delightful variations on outdated conventions, the integration of sounds from the iPhone memory and stylistic devices from very different genres.