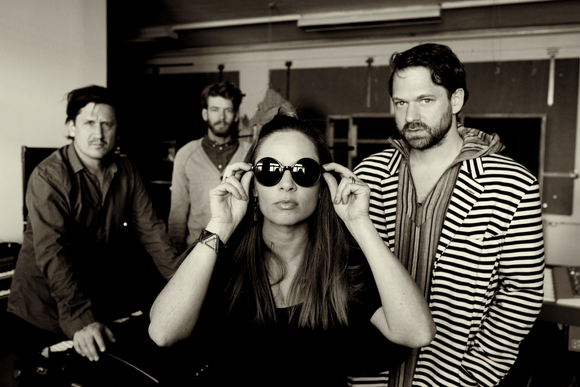 The undercover-indie-project of Erykah Badu? The extra-marital daughter of Feist and The Whitest Boy Alive? Pink Floyd 2.0? It’s no surprise that it is hard to describe the sound of Jay Woser. The very intentional indifference is fed by the various musical influences of its bandmembers. Lead singer Nadine Demetrio is a soul-native, drummer Philipp Rittmannsperger routes for Electrofunk-Pop with his solo-project Phil Fill, bass player Jan „Nouki“ Ehlers has his roots in the punk- and rock-scene and when keyboarder Lukas Lehmann is not spinning House and Disco as a DJ he spends his time producing electronic tunes.

Ikarus is the debut-EP by Jay Woser and uses its title as a creed. The five tracks and two remixes are formed by and lost in strong feelings and desires, which concentrate all efforts for any length of time towards a definite goal which may never be fully satisfied. Ikarus takes flight when Jay Woser channel that energy into compositions of vintage farfisa, deep synth-chords and psychedelic guitar sounds backed up with raw drum grooves that perfectly mirror the lyrics and enrich the beautiful, warm and soulful voice of lead singer Nadine Demetrio.