Jay Simian And The Midnight Society 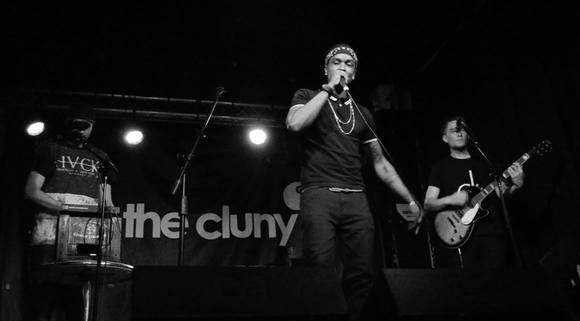 We are a Indie rock Infused with HipHop band based in Newcastle, We started around 2015 and released our first album called Simian Child vol1.

The album saw success with excellent feedback from bloggers and reviews online, also off the back of the album we managed to get one of our videos ('Back in the Day') on grimedaily.com and another video called 'don't care if I'm getting paid' was played on BBC Introducing and Spark FM Sunderland and also got us a place on Newcastle Evolution Emerging festival 2016.

During 2016 we have had a great year of online and offline publicity with an article in the Chronicle newspaper and also in the Narc Magazine, and live interview at Spark FM. In August 2016 we released a new single celled 'Something i can't let go' which helped us get a spot on Richmond Emerging festival and also a nomination for best single 2016 at the Ubeat TV Music Awards, among other great performances at Oxjam Festival in Leeds and Darlington.

We have had a great start and we have a new EP set to be released soon called 'Running in the Human Race". Release date yet to be announced.