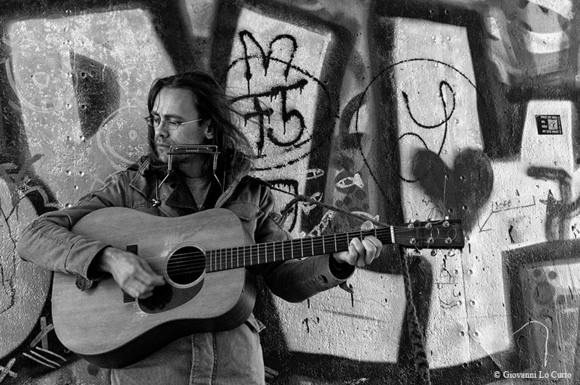 Jamie's writing style stems from the likes of Young and Waits.

A sensitive guitar technique, strong melody and constructed rhythms form the backbone to a captivating performance of story telling in song. From New Zealand and living in Berlin, his musical journey of over 10 years and 9 albums has led him to hold a respectable stance in songwriting among his Berlin peers.

Jamie arrived in Berlin in the Winter of 2012, where he entered the Berlin scene, as so many musicians have, busking on the streets and playing small pass-the-hat shows in the bars around the city. He co-founded the folk/synth-pop duo 'The Rad Dads' later that year and proceeded to gig regularly with that project. Since 2012, he has been part of an international covers project called 'The Monstieurs' that, through online file sharing, record re-workings of popular classics and well loved works as an attempt to re-invent and re-interpret them in sensitive and surprising ways. He has performed live on smükTV radio and live radio game show Piffle!, played the prestigious 'Grüner Salon' part of Berlins volksbühne, the 2012 'Friedenfestival' Alexanderplatz, and much more.