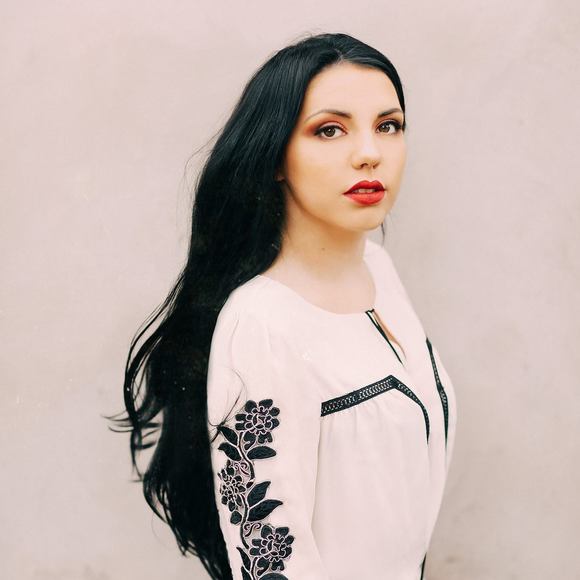 Jade Helliwell is a singer / songwriter from West Yorkshire, England. Her style is a notably British blend of pop and country, influenced by the likes of Taylor Swift, Patsy Cline, Dolly Parton, Maren Morris and Kelsea Ballerini.


A passionate song-writer, Jade crafts her lyrics through her own observations, with a running commentary on life, love and friendships.
Over the last few years, she has performed alongside some of the biggest names on the scene, appearing regularly at music festivals including Country to Country (C2C), Buckle and Boots, FSA Festival, and Country on the Clyde. More recently she has the opportunity to open for Sam Palladio and Frankie Davis at the prestigious Nashville Meets London festival, in Canary Wharf.
In October 2016 Jade released Forget The Night (EP) which went straight to #2 in the UK country charts, and top 50 in the official album charts. The served to put Jade on the map, with strong UK press and radio support, including BBC Radio and Chris Country.
In May 2017, a video of Jade singing with a busker on a night out in Leeds went viral, and reached 21 million views on Facebook, with an additional 3 million views on YouTube. Her EP quickly re-entered the charts and hit #1 on the iTunes Country Charts, and #8 in the official charts.
In February 2017 Jade won the Yamaha Hoedown competition, securing a slot at the UK’s biggest country festival at the O2 arena in London, and resulting in an endorsement as a Yamaha Artist.
She was nominated for several awards, including Best Female and Best Solo at Box Radio, Artist of the Year and UK Female of the year at UK Country Radio, Best Unsigned Female at the Best of British Music Awards and Outstanding Artist at the Yorkshire Roots Awards, which she went on to win. Jade won the Female Vocalist of The Year award at the 2017 BCMA awards night.

2018 saw her release new EP Infatuation, picking up rave reviews and radio support as well as some great Spotify playlists features.
Following her performance at Canary Wharf, Jade was approached by tire giant Firestone, to become the face of the international music competition they host every year. Jade will perform at a number of press launches and events throughout the year, on behalf of Firestone and in collaboration with BBC Introducing presenter Abbie McCarthy.