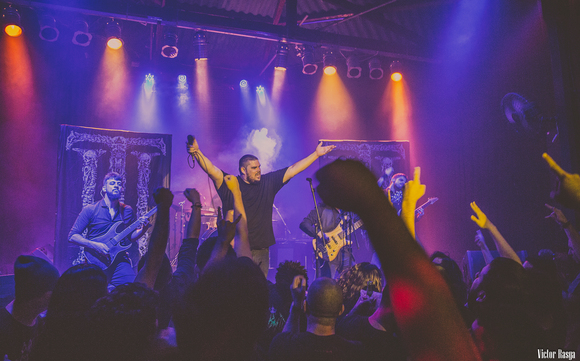 Playing a modern, swingy, Brazilian-like and colorful music, Jack The Joker is currently formed by Raphael Joer leading the vocals, Felipe Faco and Lucas Colares hitting the guitars, Ray Angelo grooving through the bass and Vicente Ferreira rocking on the drums.

After releasing two full-length albums, the band got attention all over the globe by being part of some relevant Spotify playlists, having as main public North America, Europe and South America. Standing out in Fortaleza, Jack The Joker made some relevant gigs as opening band with Nightwish, Soulfly, Noturnall, Andre Matos etc, and playing in festivals like Garage Sounds and ForCaos. By 2018, after releasing Mors Volta, the band undergone a lineup change now counting on bassist Ray Angelo and is now looking for expand its reach throughout the world.