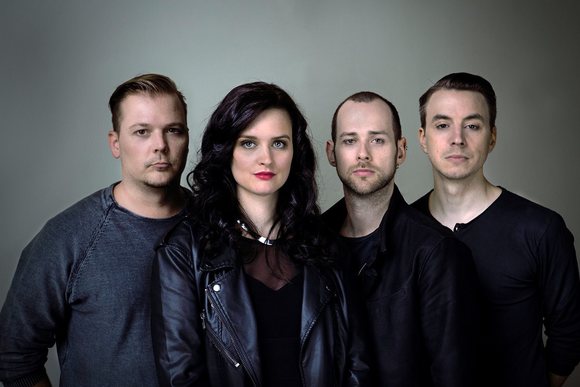 Intrasonic's songs are built upon pop structures while experimenting with a broad pallet of sounds. The tonal range reaches far beyond that of conventional instruments, giving depth to catchy melodies and memorable hook lines.

This eclectic mix of musical inputs is referred to as Electronic / Industrial Rock, a genre that has been fathered by legendary bands such as Nine Inch Nails and VAST and further contributed to by Depeche Mode & Zeromancer – all bands that count among the main influences of Intrasonic. Intrasonic was formed in late 2004 and is the brainchild of Australian singer and songwriter Toby Craig. After many successful shows in Australia, including two national tours supporting bands like KMFDM, Covenant and Psyche, Intrasonic decided it was time they over took Europe and moved to Berlin, where, the project is now based. Intrasonic performs regularly in various nightclubs and bars throughout the year, while working on new tracks.

The discography of Intrasonic begins with At The End, released in Australia in 2005 and followed up a live tour DVD in 2006. In July 2009, the band released its first European production in the form of an EP. Titled Foreshadow it is a teaser for the next full length album, currently being produced and to be released later this year.