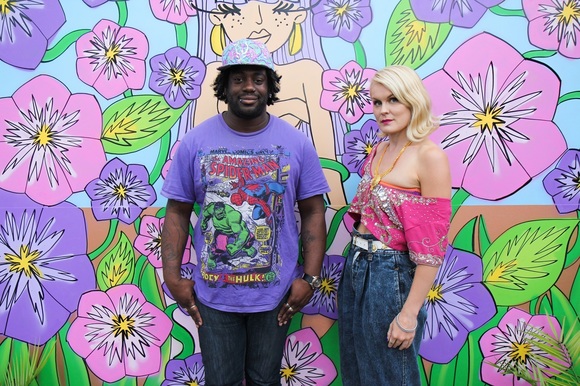 The duo bring together the heaviest, darkest and sweetest of the UK underground.

Within just a few months of forming, their first single,

Restraint of Beasts, was chosen as BBC Introducing's ‘Record of the Week’, as well as an upcoming collaboration with The Prodigy’s Leeroy Thornhill.

"Delighted that Indus Traps music landed in my inbox, influenced by Massive Attack and Bonobo- they are huge. That's why it was my BBC introducing record of the week"
(Jericho Keys - BBC Introducing)

Dee Freud bestows his electronic dub skills in the background while Lou Barnell owns the stage with a very physical performance. It’s clear she has dance skills and is immediately reminiscent of an early Kate Bush in the positions she takes up, then later lying flat on her back or clambering on speakers in a St Vincent-esque manner"
(Gig Soup)

"While Dirty Freud works his socks off in the engine room it is Wonder Woman Lou Barnell who catches and keeps your attention. Tall, rangy, lithe, chatty (and blonde) and with a good voice, she could probably front just about any band. She has an athletic, exotic stage routine, delivering her songs in various contorted positions, which at one point included one-handed press-ups"
( David Bentley- Too Many Blogs)