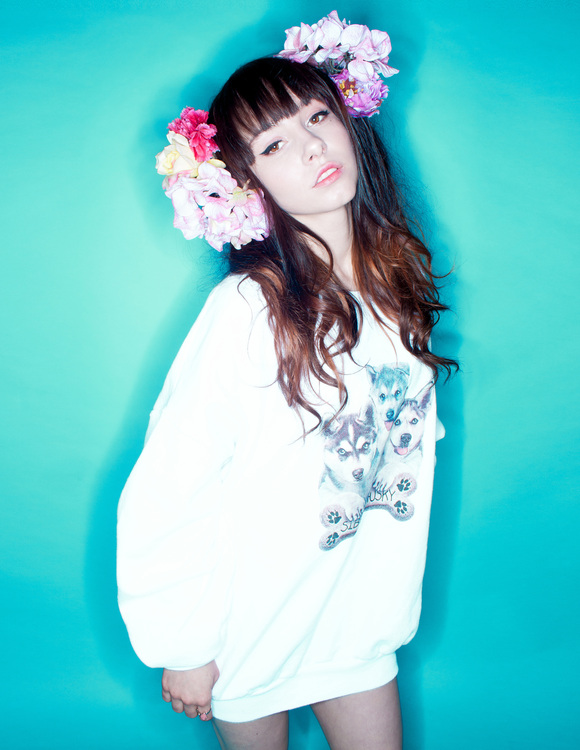 2010 was a year that rocketed Iiris into the spotlight. After the showcase festival „Tallinn Music Week“, Iiris got people talking.

At the beginning of 2011 Iiris became the artist of the week on MTV Iggy’s blog – “A depressingly few amount of bands have “it.” In fact, I’m pretty sure I didn’t know what “it” was, until I listened to Estonian singer/songwriter/pianist Iiris. Because whatever “it” is, she definitely has it. Iiris has the eclecticism, the smarts, the innovation, the pop sound, not to mention the adorable/pretty image to become a huge mega mega, mega star.”

Iiris is an artist who is born to be on stage. Wherever she`s been, wherever she`s performed, audience has been left in awe:

“What time is it? Did I miss the first bands playing tonight? Iiris is owning the stage like a headlining act.” (The Reykjavik Grapevine)

“Iiris is in search of strange soundscapes and alt-rock with delicately bold vocals, and it works.” (NME blog)

“The band’s intense energy and interdynamics, as well as Iiris’s (lead vocals) bubbly personality and control of the stage set an extraordinary tone for the rest of the evening.” (Nutflicks)

“Iiris was out of this world. She was full of confidence and sparked the joy of being onstage. (Soundi)

Iiris has been compared to many of the greats – Björk, Kate Bush, Regina Spektor and even Florence & The Machine, but she`s always managed to remain original and unique. Her vocals sound hypnotic and fairy-like, she can be commanding and agressive, but when she sits down behind her piano and bares it all – you cannot help but to surrender to this Estonian girl`s talent & beauty.