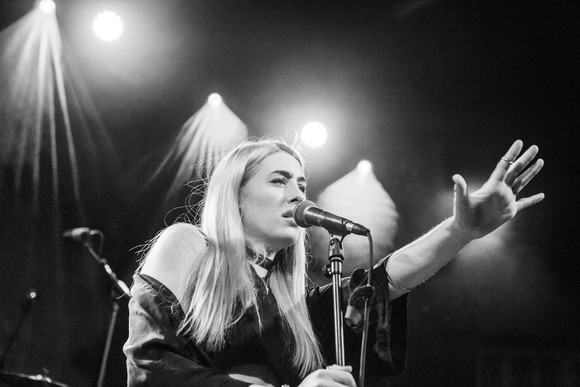 Hailing from
South Wales, Violet fuses her inspirations like Joni Mitchell with James Blake, Paul
Simon with Bon Iver, which has allowed her to release a string of BBC Radio
supported singles, play festivals like Glastonbury, Eurosonic, and SXSW, and record a BBC Maida Vale session promoted widely across BBC Introducing. Her new EP, This Was Us, comes out Spring 2017.

In Germany Violet Skies has already been featured on Joiz TV, DNA BLN # 7
(Discover New Artists, Showcase Festival Berlin). She played her own headline show at
Privatclub Berlin and as support of Kitty, Daisy & Lewis at the Gibson Club in Frankfurt as part of the
W(omen of the World) festival, where she was able to convince the audience of her unique voice and outstanding live performance.