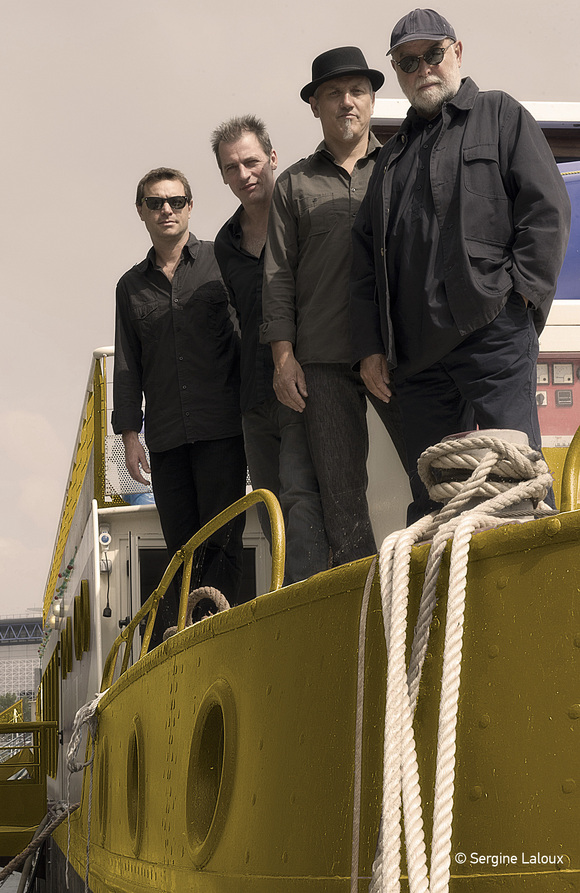 Henri Texier's path counts among the most symbolic and the richest of the european Jazz musicians .

Symbol of a generation who has done wonders for the self-confidence and eager for experiment, the double bassist was the inexhaustible catalyst of musical adventures, occupying a determining role - by his capacity to federate the creative energies .

Henri Texier, born in January 27th, 1945, discovers jazz while he is a young teenager and very fast gives up piano for double bass.
Fascinated, he will be introduced into the parisian clubs by Daniel Humair and he will play with great masters such as Bud POWELL, Kenny CLARKE, Lee KONITZ, Dexter GORDON, Art TAYLOR, Don CHERRY, Art FARMER, Johnny GRIFFIN...
And since then with : Hampton HAWES, Jean-Luc PONTY, Daniel HUMAIR, Michel PORTAL, Albert MANGELSDORFF, Peter BRÖTZMANN, Enrico RAVA, Charlie HADEN…

He toured through Europe and played at Newport Jazz Festival (U.S.A). With Phil Woods and His European Rythm Machine (Georges GRUNTZ then Gordon BECK and D. HUMAIR) he created, with Aldo Romano a group of " progressive - rock ": TOTAL ISSUE .

He is of these musicians who has been playing jazz for a long time and who, due to his artistic sensibility, has had the chance not to be prisoner of a single universe. Throughout his prestigious and international career, he felt the need to go to meet the other numerous artistic expressions such as
− Cinema (Bertrand Tavernier)
− Television (Jean-Louis Bertucelli)
− Theater (Robert Cantarella and Catherine Anne)
− Dance (Viola Farber and Mathilde Monnier),
− Poetry (Jacques Bonaffé and Dominique Sampiero)
− Circus arts (Annie Fratellini)
− Plastic arts (James Coignard)
− Photography (Guy Le Querrec, together with L. Sclavis, M. Portal and
Jean-Pierre. Drouet) …
− Pyrotechny (Ephémère)

With Sébastien TEXIER, Manu CODJIA, Christophe MARGUET and the comedian Frédéric Pierrot, he created " Prévert Blues ", a " Jazz Theater " show, an intimate weaving of his musics and of an anthology of Jacques Prévert's texts.

He recorded a hundred of disks, among which more than twenty under his name .