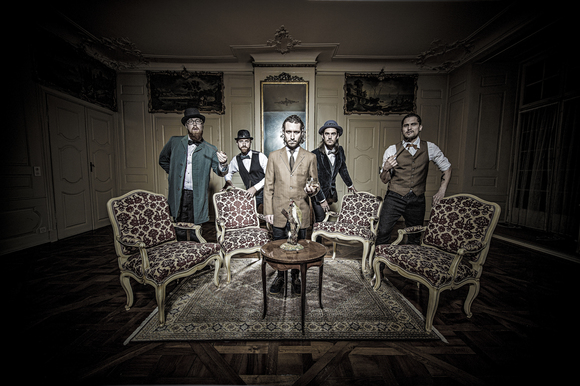 BIOGRAPHY Rockmusic for decisive people One late evening, dyle was on route with his old banger and recalled lyrics without meldoies, and melodies without lyrics, knowing that only a band could solve that problem.

Recognizing the main problem of our generation, that most people waste their precious time in
front of computers, he stopped in the proximity of a vast office complex and threw little stones at the windows, of which he could see some light shining out.
Only one small stone hit the target and out of only one window did someone look out.
Knowing that this would be the beginning of a long story, Sky left the computer running,
deserted the building and jumped into the rattling car.
After a long drive, and picking up two hitchhikers named Fibe and Hessty,
the time was ripe for the next tank full.
Thicked off by the boredom, sili the petrol station attendant decided to join the fellowship.
After three albums, a caravan-tour through half europe `07/`08, touring three times through china in `11 and `13, and `14 they are ready to release the fourth album in spring `15.