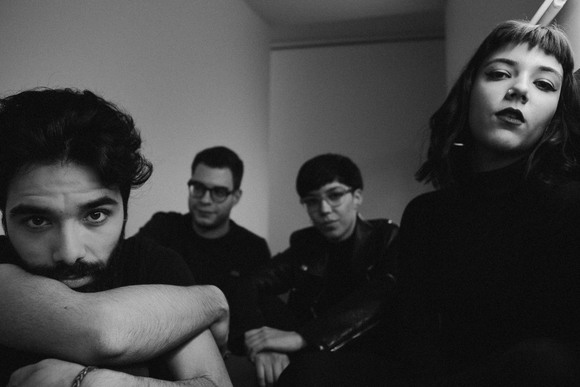 What started as a blues rock one-man band, is now a powerful synth-pop/rock trio.

After editing their EP “Skeleton” and almost one year touring the portuguese countryside for more than 150 concerts (including many notourious music festivals and concert venues such as: Festival Vodafone Paredes de Coura, Festival Avante, Noites Ritual, Indie Music Festival and OPorto's Hard Club) and also stepping into Spanish lands, Grandfather's House launched their first LP - "Slow Move" - in March 2016, which obtained great reviews and criticism from the public and social media.
With this, they travelled the portuguese country for more than 60 shows (in renown venues, giving names such as Lisbon's Music Box, Sabotage Club, or Casa das Artes in Braga, and many festivals) and made presence in this year's edition of the well renowned SZIGET Festival in Budapest and, for a second time, in the 2016 edition of the Vodafone Paredes de Coura Festival. They also now count with an European Tour (made in October 2016) with 13 shows spread by 6 countries (Spain, Belgium, Germany, France, Austria and Portugal).
In 15th September 2017 a new album is edited - “Diving”. This is the primary result of an artistic residence at “GNRation” (Braga) and counts with special participations such as Adolfo Luxúria Canibal (Mão Morta). With many concerts given in Portugal, the band has made a second european tour in Spain and France.  With the beginning of 2018, “Diving” is considered by inumerous media as one of the best albums of the year 2017 - including “Blitz” magazine. Currently, the band has been touring the country, in main theaters and summer festivals and has been announced to play in this year’s Vodafone Paredes de Coura festival, in the main stage.