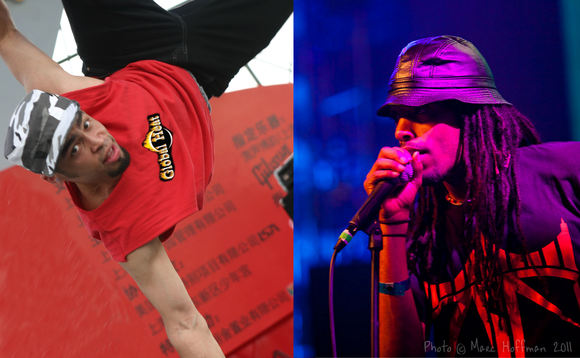 A great act for festivals, schools, and corporate events, including all-ages audiences. Separate programs on the Roots of Hip Hop in Traditional Cultures are presented under the name TRIBE-olution, which is a collaboration of Global Heat with the world champion b-boys Massive Monkees and world music & dance artists from African, Brazilian, and Asian cultures.

Global Heat has toured nationally and internationally since 2006 to provide high-energy entertainment for festivals, concerts, and other events. Formed as a collaboration of international musicians living in the Pacific Northwest (USA), Global Heat was a featured act at the 2006 Shanghai International Music Festival for a week of performances in China. Based in Seattle (USA), band members have performed in over 25 countries worldwide, including tours of Japan, Thailand, Australia, Malaysia, and Vietnam. Global Heat's cross-generational and cross-genre appeal makes them a favorite of diverse audiences. Global Heat’s live show is along the lines of The Roots and Talib Kweli with the addition of world-class b-boys from Massive Monkees, Unleashed, SoulShifters, and other crews.

Awards:
1) Winner of the 2011 Jammin' Challenge, a competition featuring over 50 Seattle bands, produced by Seattle Wave Radio and Hard Rock Cafe
2) Seattle Next 50 arts grant for The Roots of Hip Hop in Ancient Cultures, an exploration of African and Brazilian origins of Hip Hop music & dance, premiered June 2012 at Intiman Theatre, Seattle;
3) Theatre Puget Sound grants for featured productions in 2012 and 2013;
4) 2013-2014 and 2017-2018: 4Culture group grant for developing TRIBE-olution.