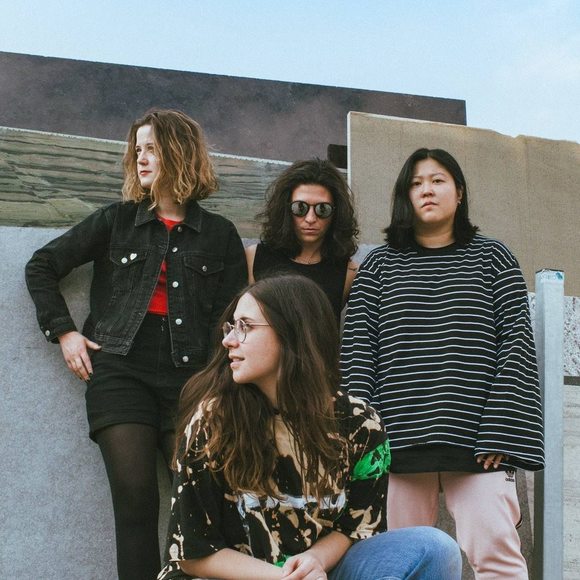 Ghum are an atmospheric dark pop four-piece based in London, UK. Fusing together post-punk and goth, with a hint of grunge, the band draw inspiration from love, loss and inner demons.

After pursuing musical projects in Brazil, Spain, Brighton and the London DIY scene, Marina MJ, Laura Guerrero Lora, Jojo Khor and Vicki Butler were brought together by a mutual love of The Cure, Warpaint and PJ Harvey after Marina posted an online ad on Gumtree looking to start a band.

After playing their first show in 2016, Ghum have since built up an impressive live reputation; supporting bands such as Dream Wife, L.A. Witch, The Underground Youth and more since their debut.

The band released their debut self-titled EP in 2017, which combined haunting vocals reminiscent of PJ Harvey, smokey veil of haunting new wave guitars, driving bass lines and calculative drums. Ghum's hazy video for their track, ‘TV’, was premiered by DIY magazine earlier this year followed by shows across the UK and Europe.

Ghum's new double a-side single titled "I'm The Storm / Undone" will be available digitally and physically as a super limited cassette from 10 August via Everything Sucks Music.