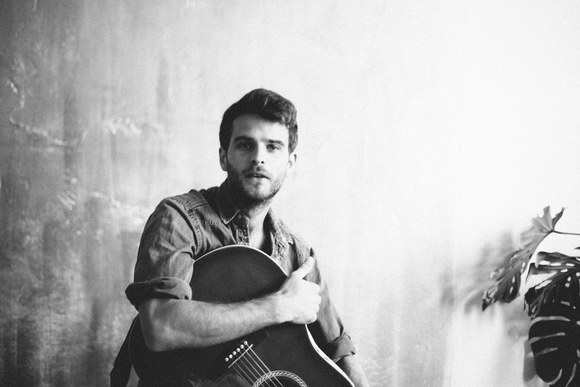 Born to the daughter of an Opera Singer in the Welsh valleys, Geraint John Jones, self taught singer, guitarist and smartphone troubadour, has honed a reputation as "one of the most well known street musicians of the Marais, Paris" (El Ganso).

Singing his own brand of folk, his songs chart a collection of experiences of the lives and loves of people from across the globe.

His music has taken him from Leeds to London, Paris to Berlin with notable performances at Glastonbury Festival (UK), à L'atelier Picasso des Grands-Augustins (FR) and at Berlins East Side Days Festival, (GER). Across Europe his story is being heard with recent features on BBC Teeside, BBC York, in Der Bild (GER) and by El Ganso clothing (ESP).

Fo(u)r Love Songs is the first EP from Geraint, released February 26th 2016, you can expect energetic and thoroughly engaging shows throughout the coming year. With concerts filling his calendar, Geraint won’t be straying far from the streets of Europe and will continue to bring his "nonchalant" (eklektikmusik.blogspot.com) busking style to the people who helped him learn and hone his craft.