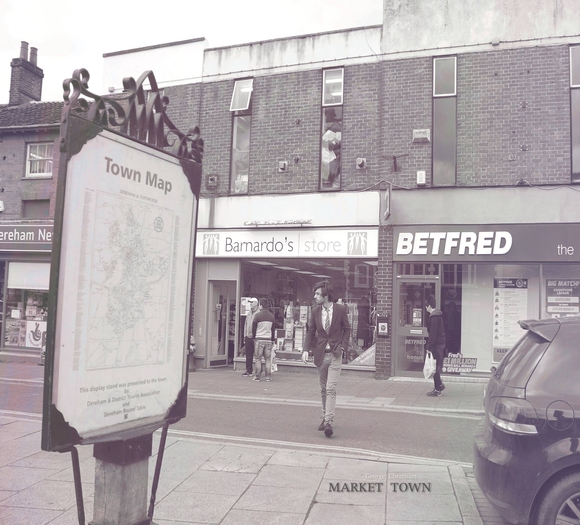 "George brings out every feeling in a really good performance".

Now at that peculiar age of 22, George has reached a pivotal moment in the pursuit for a career in music, after 5 years of performing, producing and adding to his YouTube account, he now feels ready to officially release his first album titled Market Town, which is the culmination of all that work. 6 months and counting the album has had its digital release along with a Music Video for it's first Single, Nonetheless. Physical copies and other exciting Singles to be released in October onward!

SOUND:
George sings with smooth, assured vocals over pre looped bass and percussion at times, created solely from he's acoustic. The woody, double bass tones and slight distortion on his guitar create new dynamics to what could be defined as Contemporary Folk. He interprets all of his story driven songs and words with passion and sincerity, ranging from brooding, at times hypnotic loops to more acoustic filled arrangements within his sets.

Very much influenced by the British music scene and his rural upbringing in Norfolk (UK), he takes his inspirations from the likes of John Martyn, the Streets, Massive Attack and Morcheeba. Although, at times his style has been associated with the music from 'The Eagles' and other American rock bands of the late 60's and 70's.

The sound he creates is very much his own and he will continue to adapt and expand on his songwriting and new performance techniques. He is currently headlining and supporting regularly to the towns and cities of East Anglia and beyond and hopes to venture into the touring and festival scene next year.

BBC INTRO NORFOLK COVERAGE:
Out of Love (Live Set) and Interview
Nonetheless and Album Interview
Falling for the Widow
Seaside Child
When You're Not There