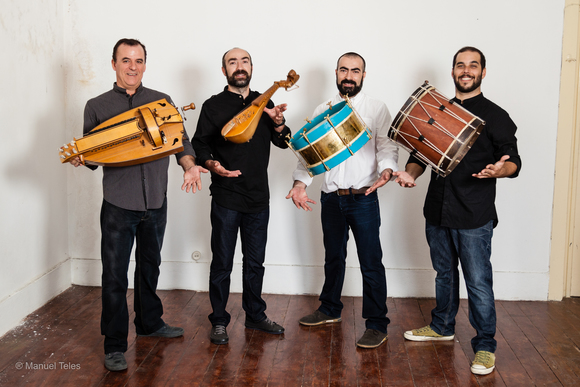 Galandum Galundaina is part of the genealogy of a region with a unique cultural heritage where traditional root music merges with the Mirandese language, giving rise to an exquisite musical universe.

The traditional Mirandese songbook is at the base of the group which, with its instruments, recreates themes exploring rhythms, dynamics and harmonics endowed with contemporaneity without forgetting, the not so distant memory, of the geographic and cultural isolation that was forging the identity characteristics of Miranda’s region.

The albums released have had an excellent appreciation by the specialized critics. In 2010, in addition to the Megafone Award, the album "Senhor Galandum" was recognized by the Público and Blitz newspapers as one of the ten best national albums, just as its predecessor "Modas i Anzonas".