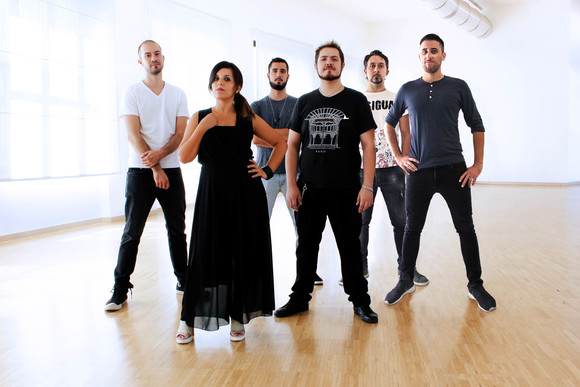 Five Years Later are a rock band born in Italy, Pescara, in 2017.

The band released their first studio work towards the end of the year. Back Home is a first-step album with the goal of summarizing the band's musical style in six tracks. Six songs sufficient, however, to effectively capture the band’s rock style characterized by riffs, the cure for the sounds and pop-style melodic lines.
The record have been published in physical form and online, you can find it out on every digital store/music streaming site.

The band is composed by Matteo Troiano, leader and lead guitar; Giulia Giansante, frontgirl and voice on every song; Andrea Giovannoli on drums, Roberto Pace on bass, Matteo Piastrelloni on keyboards and Ivan Tinari on guitars.

Five Years Later quickly gained local respect by presenting the debut album in a totally sold-out event from which a series of videos #ScenesFromBackHome, present on YouTube, is derived.
Listen to Back Home too, follow the Five Years Later on their Facebook page and join the family!